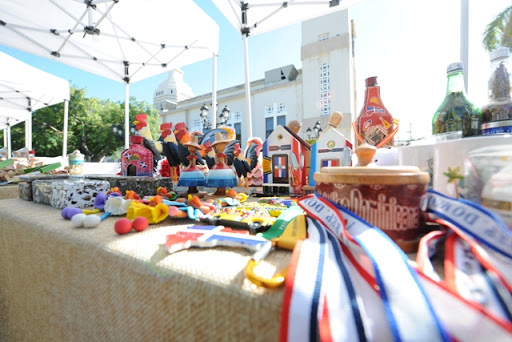 Members of the Federation of Artisans of the North Region ( Fedanorte ), tourist guides, merchant sailors and other entities, demanded the attention of the Government in the face of the difficult situation their members are going through due to the stoppage of commercial activities by Covid-19.

Manolo Sánchez, president of Fedonorte, indicated that, since the month of March, the 1,328 families, members of the 27 associations that make up Fedanorte closed their businesses when the quarantine and the cessation of tourist activities were decreed, but that they have been waiting for two months for help arrives for his feeding.

He indicated that they received a verbal promise that they would receive some type of financial compensation for the closure of their businesses, which has not occurred, so they asked the governor, as representative of the Executive Branch, to intervene to channel the claim of the government to the government for these families.

Sánchez indicated that the situation they face is delicate since they do not have other means of support than their businesses whose activities are completely paralyzed.

The delegation, led by Sánchez, Domingo García, member of the entity and director of the Merchant Seamen Association, and Pablo Castillo, advisor to the entity, expressed the complaints when they were received by the Governor of Puerto Plata, Iván Rivera after they gathered in front of the provincial government.

In this sense, the president of Fedonorte complained that they have not had a way to deliver a document similar to the one delivered in the governorate to the Ministry of Tourism ( Mitur ) since it has been impossible for them to locate Vice Minister Julio Almonte, nor the Provincial Director Jakaira Cid so that they receive the formal documentation with their claims.

During the conversation with the governor, the leaders of Fedanorte asked the government to be included in the ‘Stay at Home’ program, launched by the central government to mitigate the current health crisis that affects the country and the world, according to Listín Diario.

Rivera after receiving the formal and written request from Fedanorte, as well as an attached list containing the list of people requesting government aid in the midst of the Covid-19 crisis, indicated that the proposal will be sent immediately to the corresponding agencies, they will make a decision about it.