Brexit and the UK Overseas Territories – an opportunity for new thinking 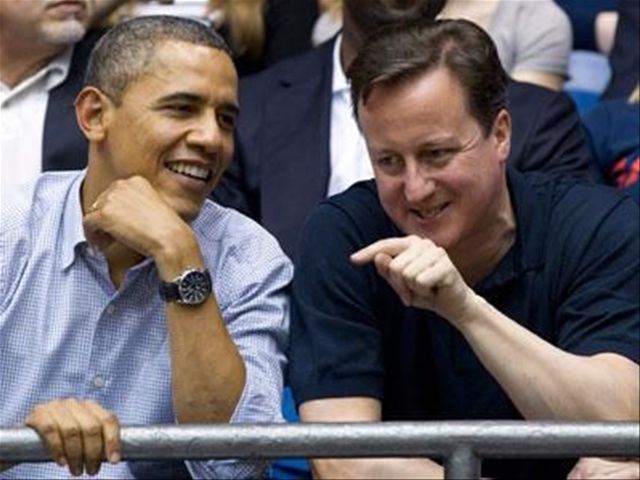 On June 23 voters in Britain willdecide whether they wish to remain within the European Union (EU). If they voteto leave as some polls suggest, they may inadvertently affect the specialstatus that the UK’s Overseas Territories in the Caribbean have with Europe.

In a recent indication of theuncertainty an out vote might create, Anguilla, the British Virgin Islands, theCayman Islands, Montserrat, and the Turks and Caicos Islands, together withother overseas territories, have jointly commissioned a study on the subject.This will not only review the issues that would arise should the Britishelectorate vote to leave, but will also consider whether there might be alternativeoptions in relation to the overseas territories status with both the UK and theEU; potentially opening the way for longer term change, irrespective of theoutcome of the vote.

Their concerns in part relate to ambiguitiesin the status of their relationship with Europe.

Although they are linked to theEU though the member state to which they belong, as well as by their membershipof the Association of Overseas Countries and Territories of the European Union(OCTA) and the EU’s 2013 Overseas Association Council Decision, the overseasterritories are not part of the European Union. Instead, given their specialrelationship to a specific EU member state, they are regarded as beingassociated with the EU as a result of the accession by the EU nation concerned tothe Treaty of Rome which established the European Economic Community.

This means that the fiveCaribbean Overseas Territories primary relationship with the EU comes through theirpolitical, legal and constitutional ties with their ‘parent’ state, in thiscase the UK’s, which acceded to the Treaty in 1973. As a consequence, for mostissues the Overseas Territories are regarded as ‘third countries’ in theirdealings with the European Commission, the EU and its many institutions. Thismeans there is no automatic process that causes EU decisions to apply to them.

Should the UK decide to leave,this ambiguity would immediately become apparent if the overseas territorieswished to continue their existing relationship with Europe, or develop a newone of their own choosing.

For the UK’s Caribbean overseasterritories, perhaps the most significant challenge would relate to finding away to ensure future funding from the European Development Fund (EDF), andcontinuing access to its Investment Facility and to the European InvestmentBank, as well as retaining access to other European programmes of benefit relatingto the environment, education and training.

As matters stand, the present EDFprogramme runs up to 2020, but it is far from clear what would happen when negotiationsbegin for its successor. Also uncertain is how the Overseas Territories wouldaddress in Britain’s absence the complex issues arising from changing EUdevelopment priorities, or the new approaches being developed in the light ofthe UN sustainable development global goals agreed last year.

With Britain outside the EU, the OverseasTerritories would almost certainly require a direct relationship with theEuropean Commission, a representative office or offices in Brussels, and thecapacity to lobby EU member states; the vast majority of which have nohistorical connection with Caribbean and regard the high GNP per capita of theOverseas Territories as placing them beyond the need for assistance.

Complex diplomatic maneuveringmay also be required. The withdrawal of UK funding from the EDF after a ‘leave’vote would seemingly make it unlikely that the EU would be disposed to providesupport for territories associated with the UK. However, given the EU has alwaysbeen keen to develop as direct a relationship as possible with all of Europe’s overseasterritories, it may be possible for those in the Caribbean to negotiate analternative form of direct partnership.

Trade ties could also become afactor after any vote to leave. The EU’s 2013 overseas association decision, regardedoverseas territories as trading partners able to enjoy duty and quota freeaccess to the EU market. Although those promoting a decision to leave the EUsuggest that a new trade relationship with the EU would be rapidly negotiated, theOverseas Territories might instead wish to develop alternative thinking about longerterm options. They would also need to consider how, for example, trade disputes,the interpretation of the rules on cumulation, phytosanitary disputes, or compliancewith EU import regulations relating to agriculture or fisheries imports, all ofwhich have arisen previously, would in future be remedied.

A vote to leave would also raiseother practical issues including free movement within the EU’s Schengen area, howbest to maintain the free association that brings the Caribbean overseasterritories peripheral advantages, and questions about security co-ordination.Perceptual uncertainties might also emerge about financial services as there isstill a significant lack of understanding in many EU capitals about thecentrality of the industry to the economies of the BVI and Cayman.

The UK government’s stated policyis to make every effort to ensure that its Territories are consulted and theirinterests defended. This implies that if it comes to Britain having to negotiatean exit and develop a new relationship with Europe, some priority would have tobe given to incorporating the thinking of its micro states.

For this reason, some voices in Britain’sOverseas Territories see the issue as presenting the opportunity for a widerdebate. They suggest that the proposed study on the implications of Brexit offersthe opportunity, irrespective of the outcome of the UK vote, to enable overseasterritories to identify and debate a new status with both the UK and the EUthat advances the process of self-governance and self-reliance.

They suggest that irrespective ofwhether the UK votes to remain or leave, consideration of the implicationsoffers the chance to clarify the relationship with Europe and the UK and todetermine where future opportunity lies.

In most of the overseasterritories there is a recognition that when the they have reached a higher levelof development, self-determination will be the goal; a point made recently bythe BVI’s Premier, Dr Orlando Smith, in a thoughtful conclusion to his annual budgetspeech.

Brexit is an unknown quantitythat would directly impact Britain’s Overseas Territories in the Caribbean. Forthis reason, an out vote requires consideration now. Understanding how it mightrelate to the UK Caribbean overseas territories longer term objectives couldwell be thought provoking for the region as a whole.