An uncertain future for the Overseas Territories? 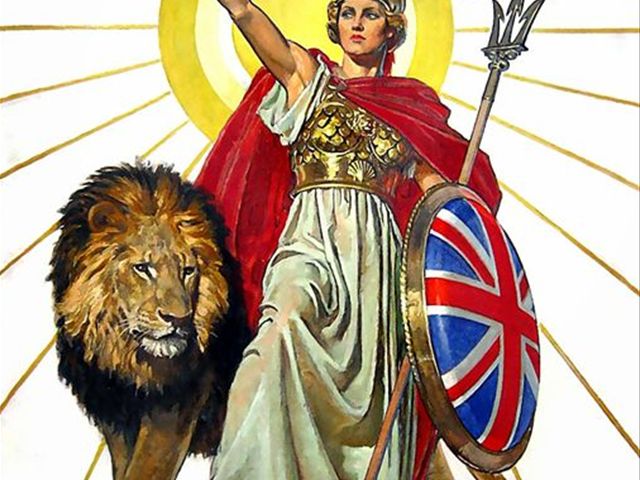 Although an eerie calm may have settled on Europe now thatthe immediacy of the decision by the United Kingdom to leave the European Union(EU) has sunk in, it should not lull the Caribbean into a sense of falsesecurity or inaction.

It has arisen because much is now on hold until a newBritish Prime Minister is formally appointed in September; a future approach tothe UK’s relationship with the EU27 is agreed; the relevant article of Europe’sLisbon Treaty is invoked to leave; and Britain embarks, first on a two-yearprocess of negotiation to leave, and then agrees some as yet uncertain new formof relationship.

Although few are prepared to say so, it is also likely thatthe process will be slow because both the EU27 and the UK will have to factorin the views of whoever is elected in November in the US Presidential race, asthe two likely candidates have radically different visons of a futurerelationship with Europe.

Among the pressing and uniquely difficult Caribbean issuesthat require early resolution is how Brexit will modify the largely beneficialrelationship that the UK’s five Dependent Territories in the Caribbean -Anguilla, Montserrat, the Turks and Caicos Islands, the Cayman Islands, and theBritish Virgin Islands – have with both Britain and the EU.

Their concern was made clear a few weeks before the UKreferendum in a special study* commissioned by all fourteen of the UK’s overseasterritories around the world. It made clear that many of the benefits theyreceive from their relationship “will be placed at serious risk” if the UKdecided to leave the EU.

The report, observed that, while historically the mostimportant relationship they have is with Britain, their ties with the EU havegrown over the last fifteen years. Thishas not only enabled institutional links with the European Commission and otherEU overseas territories, but also has provided direct access to EU policy makersand enabled greater political visibility.

The study also made clear the value of the support the OTsreceive from the EU, including development assistance of at least €80m(US$89.5m) between 2014-2020, which is used to address a wide range of economic,environmental and other issues; free trade access to the EU market for goodsand services; and time-limited free movement across the EU, enabling businessand educational opportunities for their citizens.

However, as Dr Peter Clegg, a Senior Lecturer of Politicsat the University of the West of England, Bristol, who was the report’s authorand has previously written widely on Overseas Territories issues points out,this special relationship has been cast into doubt by the UK’s vote to leavethe EU.

“The situation isnow very uncertain …. none of the parties involved in the Brexit negotiationsknow how or over what time frame they will happen; or what the outcome will be.As a result, it makes it very difficult for the UK OTs to plan their response,”he told me.

As a first response to the UK vote, overseas territoriesrepresentatives have already undertaken informal discussions with the EuropeanCommission, and it is likely that a summit of OTs leaders may take place verysoon. A second part of Dr Clegg’s report is expected shortly.

Notwithstanding, the range of issues that the region’smicro states will have to address are complex.

Since the UK funds about 15% of the European DevelopmentFund (EDF), a first and urgent requirement will be to ensure that what has beenagreed on funding for the OTs up to 2020 is secure and will continue to flow.

Before the vote, James Duddridge, the Minister in the UKForeign and Commonwealth Office responsible for relations with the Caribbean,who supported leaving the EU, told the Cayman News Service that “an independentBritain can spend more time developing our historic ties rather than be shackledby the regulation and political infrastructure that is a federal union,” andthat “OTs value the relationship with the UK more than the EU.” Despite this, it is far from clear how muchbilateral funding will eventually be available for the overseas territories.This is because they are largely regarded in London as being too wealthy tomerit such support.

Secondly, all of the UK’s Caribbean OTs will have toaddress the constitutional, legal and structural uncertainties that will arise,overcoming their often limited analytic and technical negotiating capacity.

Among the complex questions they will need to address ishow in future they are to relate to the EU.

The logical vehicle would be through the existingintermediary body, the Overseas Countries and Territories Association, andwhile the UK may be willing to continue to cede sovereignty in this way, it isnot certain that the French, Dutch or Danish, whose territories are also in thegroup, would agree.

Clarity will also be required on how the model the UKchoses for its future relationship with the EU will legally incorporate the UKOTs.

If the UK were to go for an EFTA plus or minus arrangement,similar to that between Norway or Switzerland and the EU, the OTs might be ablefind a way to piggy back on such an arrangement. Every other option wouldrequire the OTs to be involved in any negotiation between the UK and EU.

Fourthly, there is the view in some overseas territoriesthat a changed UK relationship with Europe may offer an opportunity for the OTsto be further develop their offshore financial services. The suggestion is thatthis could enable a less regulated relationship with the City of London and theUK, enabling the OTs to encourage greater inward investment into the UK and theOTs becoming more integrated with the UK. Others however observe that with the UK out of the EU it will now becomeimpossible for the UK to block damaging financial services legislation.

The challenge now, as Dr Clegg observes, is for the UKoverseas territories to act swiftly.

He believes that the absence of negotiating capacity in theUK offers an opening if the Territories are pro-active, remain unified, andwork to influence the debate, not only in London and Brussels, but also inother European capitals.

“If the Territories can promote a positive and realisticagenda then they will have a good chance of securing some of their interests inthe longer-term, affirming their link with the EU, which they value highly,” hesays.

* The United Kingdom Overseas Territories and the EuropeanUnion: Benefits and Prospects