Cuba responds to the thinking of a new generation 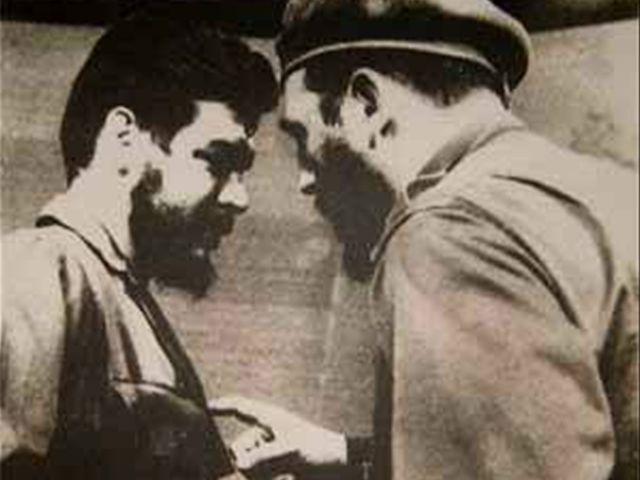 When it comes to Cuba, the world’s media tendsto focus on the obvious: the possible outcome of the new US Administration’spolicy review, the multiple difficulties faced by Cuba’s over-centralisedplanned economy, or the implications of Fidel Castro’s passing. Few journalists,it seems, take the trouble to observe the public signals that indicate thestrategic challenges facing Cuban society, or try to see change through Cubaneyes.

If they did, they would observe in thestate media, alongside reports of events and exhortations, new themes. These address,for example, issues such as how best to relate the country’s past to its future;the encouragement of individual initiative; the challenge of reinvigorating tiredmass organisations; and recent moves to engage the country’s 0.5m self-employedworkers to be sure they receive their correct social security entitlement.

But more significantly they would observe thatboth government and the Cuban Communist Party have recognised the need to moreclosely involve Cuba’s young, and to re-emphasise Cuban values in ways they canrelate to.

This new approach started to become evidentearly in 2016. Then, reports began to appear of meetings of young communists,student bodies, and other mass organisations involving young people at which itwas agreed that there was a need to find new ways to relate to the country’sless than involved young, to ensure that the country’s political and socialobjectives, and history were better understood.

It is a process that appears to haveaccelerated since the death of Fidel Castro, to the extent that the Cubanofficial media now give almost daily prominence to young peoples’ central rolein Cuban society.

In one of the most telling indications, explicitlyrecognising the need for a changed approach, Cuba’s Union of Young Communists(UJC) recently observed that one of the main challenges facing the organisationis to remain in the vanguard of Cuban youth.

Speaking about the organisation’s plans tocelebrate its 55th anniversary this April, Susely Morfa González, the UJC’sFirst Secretary, was quoted by Granma on January 27 as saying that “as apolitical organization, we want to strengthen young people ideologically, butin a fresh, revitalised way, that comes close to their interests and leavestraces.”

She also announced a series of activitiesaimed at putting young people at the centre of events, noting: “Our aim is foryoung people, militants or not from our organisation, to feel committed to Cubaand its revolutionary project. We want to convey to them both enthusiasm andteachings”.

In a parallel process, members of the CubanNational Assembly have been holding meetings with students at universities,high schools and technical colleges to explain the country’s political andelectoral system and they say, the merits of Cuba’s indigenous model of democracy.The initiative follows discussions in the National Assembly and research thatindicated that greater awareness among the young was required.

Elsewhere, in an apparent demonstration of preparationfor generational change, President Castro and other members of the country’shistoric leadership have been attending and being photographed at youthdominated events such as the traditional March of the Torches which involves thousandsof young people paying homage to Cuba’s National Hero, José Martí, on hisbirthday.

There have also been others signs, includingoccasional more personal coverage being given to younger political role models,the appearance of websites such El Joven Cubano encouraging online debate amongthe young, the development of Cuban apps and games, and seeming acceptance of ‘thedaily package’ which informally enables the wide distribution of all sorts of normallyon-line material by memory stick.

Just as tellingly a high-level debate hasbeen underway for over a year as to the purpose of the internet, itsrelationship to Cuban values, and whether its purpose is education rather thanentertainment. It is also clear from the speed of recent official reaction toproblems with the internet that there is increasing sensitivity about theinability of ETECSA, the state communications provider not to just makeavailable access at a reasonable price, but to provide a reliable service atacceptable speeds, and most importantly find ways to enable the kind of freer internetaccess that many young people want.

This is an issue of particular relevance ata time when uniquely from a regional perspective, thousands are graduating fromspecialist IT universities, suggesting that Cuba proportionately will becomeone of the most IT-literate and internet hungry nations in the world.

Added to this has been commentary of a kindthat seeks to make clear that while the young may be different in outlook andappearance, they like their elders are thinking patriots.

As one writer in Granma recently put it:‘It does not matter if some skewers are placed in their hair, they wear hippants or prefer reggaeton. What is most significant is the immense pride ofbeing Cubans and the desire to contribute …. This implies a permanentdisposition …. to be better citizens, not just approve or criticize, applaud orlower their heads; but think’.

Some would argue that these developments pointonly to a desire to maintain the party and the state’s future control. However,a more balanced assessment might suggest that what is emerging is a longoverdue awareness that Cuba’s high level of educational attainment and the growingexpectations of youth requires commensurate change, if the country is to retainthe commitment of its globally aware future generations.

This is not to ignore the sense ofhopelessness felt by some young Cubans, or the desire of others to findopportunity elsewhere, but to suggest that that some of the themes now emergingin public discourse suggest that the Cuban leadership has belatedly recognisedthat much more needs to be done if the country is to successfully make thetransition to the next generation, and retain its undoubted talent

It remains to be seen whether all of this isenough to embrace the thinking of the young in the same way as those who arecommitted party members. However, what is being said seems to speak positivelyabout a new, much younger country emerging within a favourable socialenvironment; one seen by the young through the prism of pride in nationalachievement, hope for a more liberal interpretation of life, and a desire tobenefit more equitably from their social commitment.

These are aspirations that are common toyoung people across the region, and a subject that this column will return to.