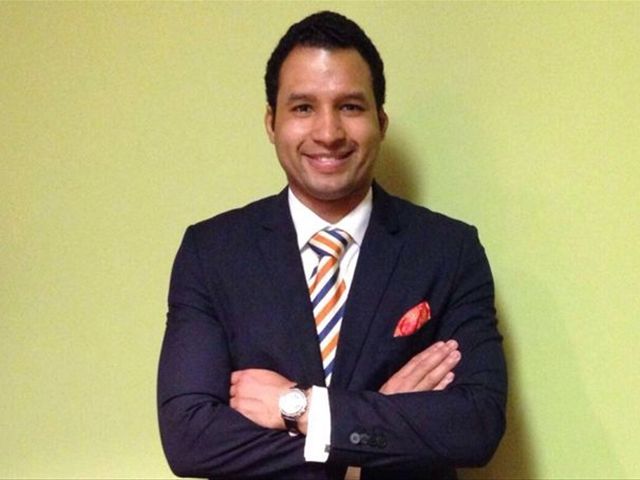 However,few imagined that behind this successful business empire laid hidden anentrenched corruption scheme that spread systematically throughout the regionwith more force than the Zika virus that has plagued Brazil in recentyears. Under the leadership of thefounder’s grandson, Marcelo Odebrecht, one of the largest internationalcorruption scandals was uncovered upon discovering that Odebrecht useddeceitful practices to award lucrative public works projects in the countriesit operated.

A3-year investigation, known as “Operation Car Wash” began with an inquiry intoillegal payments made to executives at Petrobras, and ended up tarnishing thepopularity of Brazil’s then-President Dilma Rousseff, implicating congressmeninvolved in President’s Rousseff’s controversial impeachment, tainting belovedpolitician and former President Lula da Silva, in addition to unraveling adirty secret behind Odebrecht’s success. Thisinvestigation received its name because of a nefarious network of car servicestations discovered at the beginning of the probe that were used to divertillegal payments.

OnDecember 21, 2016, the U.S. Department of Justice published an investigationinto Odebrecht, where the company was accused of paying bribes to public officialsfrom 12 countries in order to win development contracts. Bloomberg reported that U.S. Deputy AssistantAttorney General Sung-Hee Suh said, “This was a hidden but fully functioningOdebrecht business unit — a department of bribery so to speak — thatsystematically paid hundreds of millions of dollars to corrupt governmentofficials in countries on three continents.”

Asa result of these serious accusations, the company agreed to pay a $3.5 billionfine, the largest bribery fine in history, after being linked to paying $439million to public officials from Angola, Argentina, Colombia, DominicanRepublic, Ecuador, Guatemala, Mozambique, Panama, Peru, and Venezuela.

Inthe beginning of 2016, the Brazilian judge behind Operation Car Wash, SergioMoro, had filed various court orders against Odebrecht executives forcorruption charges. Judge Moro left theBrazilian government with no alternative other than reform andreconciliation. As a result of his work,Fortune magazine named Judge Moroamong the World’s 50 Greatest Leaders in 2016.

Brazil has taken great strides in establishing a higherdegree of transparency and accountability by embarking upon Operation Car Wash,considered the largest anticorruption investigation in the history of theAmericas. The corruption scandaluncovered political linkages, and in April 2014, the Car Wash Operationconsisted of 36 people summoned for money laundering and forming a criminalorganization, while 30 people had been detained, among them the former directorof Petrobras, Paulo Roberto Costa.

Nearly one year later, in March 2015, Minister of the FederalSupreme Court of Brazil Teori Zavascki reopened the Operation Carwashinvestigation into 47 politicians suspected of becoming involved withPetrobras, among them various congressmen and senators. The media attention and corruptionaccusations made the National Development Bank of Brazil suspend thedisbursement of $3.6 billion that had been approved for 16 infrastructureprojects in Argentina, Dominican Republic, Guatemala, Honduras, Venezuela,among other countries.

Then,in February 2016, well-known publicist and political strategist Joao Santanawas arrested and accused of receiving money from Petrobras. Brazilian authorities detained Santana uponhis return from Dominican Republic, where he was advising the victorious reelectioncampaign for Dominican President Danilo Medina. Santana, a political marketing genius and campaign mastermind, played akey role in electing six presidents across Latin America, and one president inAfrica. During these election campaigns, Santana leveraged his franchise ofadvisory firms, “Polis” which he established in the countries he worked.

Additionally,Joao Santana had received millions of dollars from Odebrecht to finance andadvise political campaigns in key markets for their business. Moreover, Swissauthorities sent documents that indicated some transactions could have beenmade through a Swiss bank account that Joao and his wife had under the name ofan offshoring company called Shellbill, headquartered in Panama. The arrest of famed publicist Santana, “themaker of presidents”, affected leaders from Dominican Republic to Angola. This quid-pro-quo scheme revealed the fundingof political campaigns were in exchange for awarding Odebrecht significantdevelopment contracts for infrastructure projects. According to the Brazilian newspaper Folha and Brazilian magazine Veja, Joao and his wife Monica Mouraadmitted that $3 million of the $7 million that Santana’s firms received fromOdebrecht were expressly for the advisory services to presidential campaigns inArgentina, Panama, and other countries.

Similarto Brazil’s Operation Carwash, other countries in Latin America have beguninvestigating the extent of Odebrecht’s corruption schemes in their respective nations. The following is a country-by-countrydashboard analysis and valiant efforts made to hold those involved accountable.

Odebrechtpaid more than $35 million from 2007-2014 to intermediaries, with the knowledgethat these payments would be made, in part, to government officials inArgentina, according to Argentinean newspaper Infobae. Argentina Prosecutor Federico Delgado decided toinvestigate the country’s Director of the Federal Intelligence Agency GustavoArribas, one of President Mauricio Macri’s closest advisors, to find out ifArribas received $600,000 from Odebrecht. On February 2, 2017, Arribas claimedhis innocence before a Congressional Bicameral Intelligence Commission.

According to a report from Colombia’s AttorneyGeneral, the Vice Minister of Transport Gabriel Garcia Morales, from theadministration of former President Alvaro Uribe, has been detained accused ofreceiving $6.5 million to guarantee that Odebrecht was selected for the constructionof the major highway, Ruta del Sol, through Colombia. During theyears 2009 and 2014, Odebrecht paid $11 million in bribes throughoutColombia. Former Senator Otto Bula wasdetained for his alleged connection to receiving a $4.5 million bribe in orderto secure the contract for the Ocaña-Gamarra highway. Recently, suspicions emerged about the previouspresidential candidate for the opposition party Democratic Center Oscar IvanZuluaga received financing from Odebrecht for his campaign in Colombia’s 2014Presidential election. Recently, Colombian prosecutors have said that theysuspect President Juan Manuel Santos, winner of the 2016 Nobel Peace Prize,received a bribe from the Brazilian construction firm for his 2014 re-electioncampaign.

Second only to Venezuela, Dominican Republic received thelargest amount of bribes from Odebrecht at $92 million. The company has been constructing majorhighways and the Punta Catalina thermoelectric plant whose contract was awardedon December 9, 2013 in the amount of the $2.4 billion. The Punta Catalina Project value wassupposedly discounted to $1.9 billion following public outcry. However, according to legal documents filedin Dominican courts, for the same thermoelectric plant construction, a Chinesefirm Gezhouba Group submitted a bid to complete the same project for less thanhalf the cost, $900 million, which is a difference of $1.1 billion followingthe supposed discount offered by Odebrecht.

ThePunta Catalina hydroelectric power project will be built to utilize coal power,failing to take into account that Dominican Republic is a fragile islandvulnerable to the adverse affects of climate change, accelerated by dirty powersources. Despite this large amount ofbribes paid in Dominican Republic, the country has carried out just a fewinterrogations that have not led to any formal charges or detentions. In fact, legal action has been limited toaccusations against businessman Angel Rondon as the individual responsible forreceiving $92 million in bribes. Beforethe Odebrecht case, little was known about this businessman, but due to thishigh-profile scandal, photos and videos have emerged indicating a closerelationship between Rondon and Dominican President Danilo Medina, in additionto other politicians and the Dominican press.

Amongthe images, there is one where the Attorney General of the Dominican RepublicJean Alain Rodriguez is standing directly behind Rondon during an inaugurationceremony. Furthermore, on October 27,2013, President Medina presented Rondon with the Dominican Republic’s national meritaward for breeding livestock. Since theannouncement that Odebrecht will pay the Dominican Republic a $184 million fine,little has been reported about the case. On January 22, 2017, Dominican citizens took to the streets with thelargest public march against corruption in the country’s history.

Odebrecht has a long track record of completed and activedevelopment projects in Panama totaling more than $3 billion, such as thePanama City Metro, Pan-American Highway, coastal beltway, transmission lines,hydroelectric power plant, and irrigation systems. Panama’s Attorney General Kenia Porcelldecided to tackle the Odebrecht corruption scandal and has charged 17 people,among them three former government officials, eight local businessmen, five foreigners,and an executive from a local bank, after Switzerland terminated theconfidentiality of these clients. Switzerland revealed to Panamanianauthorities the $22 million deposited in bank accounts of the sons of formerPanamanian President Ricardo Martinelli. As a result of these investigations, on January 28, 2017, Panamanotified Odebrecht they would be terminating the company’s ongoing work on thehydroelectric power plant Chan II. Additionally, Panama’s current President Juan Carlos Varela agreed to aninvestigation into his own administration as well as that of his twopredecessors, Martin Torrijos (2004-2009) and Ricardo Martinelli (2009-2014).

In Peru, Odebrecht has built large infrastructure projectsincluding a hydroelectric power plant and hydraulic transfer system linked to$29 million in bribes. This informationwas revealed in the U.S. Department of Justice report covering the managementof presidents Alejandro Toledo (2001-2006), Alan García (2006-2011) y OllantaHumala (2011-2016). A former Ministry ofTransport &amp; Communications official during the government of Alan Garciahas been detained, in addition to the former government official EdwinLuyo. In addition, the former ViceMinister of Communications Jorge Cuba, who until recently was a fugitive withan international warrant for his arrest.

According to the news agency Andina, Odebrecht paid $7 million to Luyo and Cuba to gain anunfair advantage on contract bids. Odebrecht has just paid $262 million as a fine for not completing itsconstruction contract of the gas pipeline Gasoductodel Sur that the company was retained to build in Peru. On February 3, 2017, several developmentsturned the case around: Jorge Cuba’s wife, a former professional volleyballplayer, returned from Miami and was charged with owning 35 percent of theoffshore business Oblong International, created in Andorra to receive moneyfrom Odebrecht. On the same day,Panama’s Attorney General Kenia Porcell visited Lima to meet with hercounterpart about the Odebrecht case. Moreover, according to the Peruvian newspaper La República, former President Alejandro Toledo had received $20million for awarding major highway engineering and construction contracts. It is thought that this money was depositedin the bank account of Toledo’s friend Josef Maiman. On February 4, 2017, Peruvian prosecutorsraided the house of former president Alejandro Toledo, and with each passingday, Odebrecht case threatens to imprison all Peruvian former presidents.

Just What the Doctor Ordered

Finally, according to Switzerland’s Public Ministry, for eachmillion of dollars that Odebrecht paid in bribes, the company generated $4million in profit. Given the lucrativenature of this level of corruption and the entanglements of virtually alllevels of government and the private sector, the only elixir to cure thisregional disease is stronger democratic institutions throughout Latin America.The widespread investigations and fines challenging a culture of impunity andits profitability are just what the doctor ordered to guarantee a greaterdegree of transparency that can vaccinate the region from the destabilizingeffects of endemic corruption.

GeovannyVicente Romero is the founder of the Dominican Republic Center of PublicPolicy, Leadership and Development (CPDL-RD). He is a political analyst and lecturer based inWashington, D.C. Reach him on Twitter @geovannyvicentr