The disturbing consequences of the G7 summit 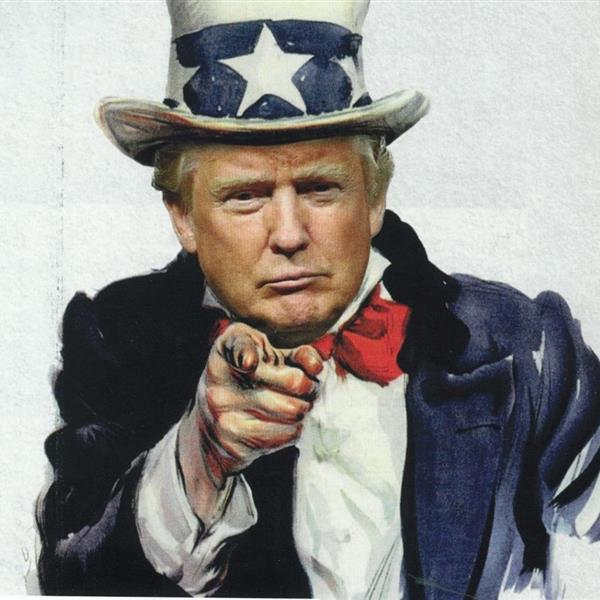 It is the images that remain. First it was a photo of the political leadership of the West trying to face down an intransigent Donald Trump, and then two days later the extraordinary sight of a smiling US President standing beside an equally pleased Kim Jong Un; making it easy to forget that just a few months before, the former were close allies, while the latter was in conflict with the US.

In both instances the pictures powerfully illustrated how the US President is rebuilding the international order in ways that will touch nations that have neither military nor economic power.

In the case of North Korea, the vague agreement signed in Singapore implied that that the two Presidents were equals. Although it may lead in the short term to a reduction in tension on the Korean peninsula, what it does not guarantee is a process that will lead to verifiable nuclear disarmament. Instead it speaks about ‘working towards’ denuclearisation, suggesting a desire to reward any nation prepared to threaten lethal force.

In contrast, what happened at the G7 summit in Charlevoix in Quebec two days before suggested that the US no longer sees its allies as equals. There the US stance raised questions about the future of a once-close trust-based mutually reinforcing relationship, while potentially threatening a global trade war, and a lasting rupture in the prevailing rules-based world order.

Paradoxically, and despite the significance of the issues involved with North Korea, history may see the G7 meeting as more important, marking the moment when it became apparent that the prevailing global balance changed irrevocably.

To explain: On June1 the US imposed a 25 per cent tariff on steel and a 10 per cent tariff on aluminium imports from the EU, Canada, and Mexico, claiming that it was doing so as a national security measure to protect its domestic producers. In response the EU, Canada and Mexico announced retaliatory tariffs on US goods including iconic items such as Harley-Davidson motorcycles.

At the G7 summit, Canada, France, Germany, Italy, Japan, the UK, and the US (the G7) negotiated an agreement that in part sought to paper over their trade differences with emollient words about the need to fight protectionism and for there to be ‘free, fair, and mutually beneficial trade’.  Six of its members had already accepted that when it came to climate change and an ocean plastics charter the US would not sign on to related language in the final communique.

However, despite US officials indicating Washington was prepared to agree to the final draft, President Trump, who had left the summit early, was having none of it. As the summit ended and the communique published, Canada’s Prime Minister, Justin Trudeau, told a press conference that while Canadians were “polite and reasonable”, they will “not be pushed around” over tariffs. In response, the US President tweeted that he was rescinding his signature, and an extraordinary series of personal attacks followed.

The effect was to undermine western unity. It also demonstrated that attempts by Japan, France and Canada to variously flatter, try to establish a direct personal relationship, or negotiate as equals with the US President, had no lasting value and that appeasement is now what is expected.

It was, as the German Chancellor, Angela Merkel, remarked, “sobering and a bit depressing.”

In the short term if there is no resolution, the likelihood is that retaliatory trade measures by six of the G7 will follow. If Mr Trump is true to form he will again respond robustly, sparking a trade war with the US’s closest allies, affecting supply chains, forcing up prices globally, and harming in the process US corporations and consumers.

It also now certain that the ‘G6’ will take the US to the World Trade Organisation (WTO) on the basis that Washington cannot justify protecting its market by citing ‘essential security interests’ in relation to its allies. The case will likely be made also that the facts do not fit US tariff accusations, and that Washington is exaggerating the trade barriers it faces in most G7 nations.

One possible consequence is that this may accelerate the President’s desire to abandon the WTO.

Despite past US Administrations having previously been instrumental in developing WTO rules and encouraging nations to join, it is now seeking to side-line and weaken the organisation through its refusal to agree to the appointment of new judges to its appellate body, which rules on disputes.

Eighteen months after taking office President Trump is now aggressively delivering his campaign trail rhetoric of ‘America First’ and is confident that US exceptionalism is the way forward. He and his senior advisers intend remaking the world order in ways that abandon multilateralism in favour of a policy that merges and manipulates alliances, security, and trade policy to the sole advantage of the US.

This is a scenario that few countries in the Caribbean have the leverage to respond to in Washington. It indicates the need to consider how best in future to relate to the region’s powerful northern neighbour on issues of significance. It also suggests the need to deepen relations and seek new alignments with Canada, the EU27 and China.

In this respect the presence of Jamaica’s Prime Minister, Andrew Holness, in Charlevoix as an ‘outreach country’ invited by Canada was particularly helpful. He was able to highlight to the ‘G6 + 1’ the issue of smallness and the problems facing the region in accessing funding related to climate change because of being designated as upper middle-income countries based on their Gross National Product.

The world is at a moment of profound change. I can do no better than quote the words of warning contained in a US Council on Foreign Relations commentary on the G7 summit: ‘President Trump is destined to be one of America’s most consequential foreign policy presidents. Fewer than seventeen months into his administration, Trump has already shaken the foundations of international order. He has abdicated US global leadership, which he believes has bled the United States dry, and he has side-lined multilateral institutions (from NATO to the WTO), which he perceives constrain US freedom of action. The G7 summit suggests he is just getting started. He seems prepared to abandon the transatlantic relationship, and even the concept of “the West,” as pillars of US global engagement’.