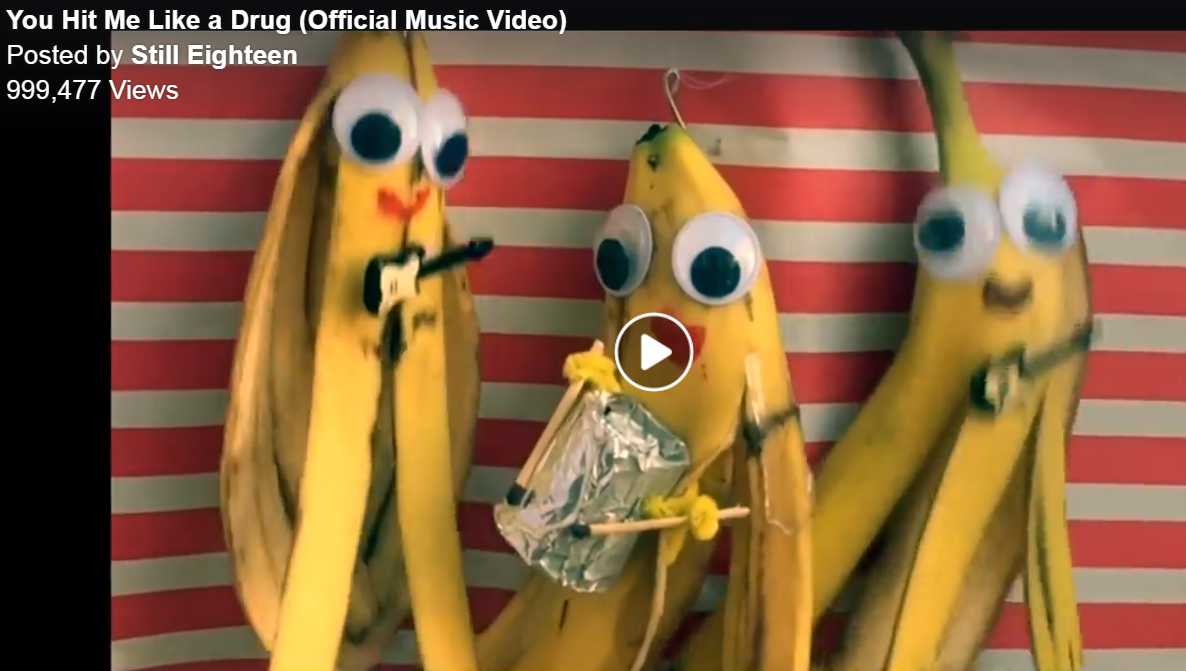 Still Eighteen has put out a new music video for their original song, “You Hit Me Like a Drug” and it’s going viral! In just under two weeks it has nearly one million views, 16,000 likes, 1,400 shares, and hundreds of comments.

“The Rocking Bananas who star in the video were born and raised in the Dominican Republic!…LOL,” the rock group said, adding that many of the people who’ve viewed , liked and shared the video are here in the D.R.