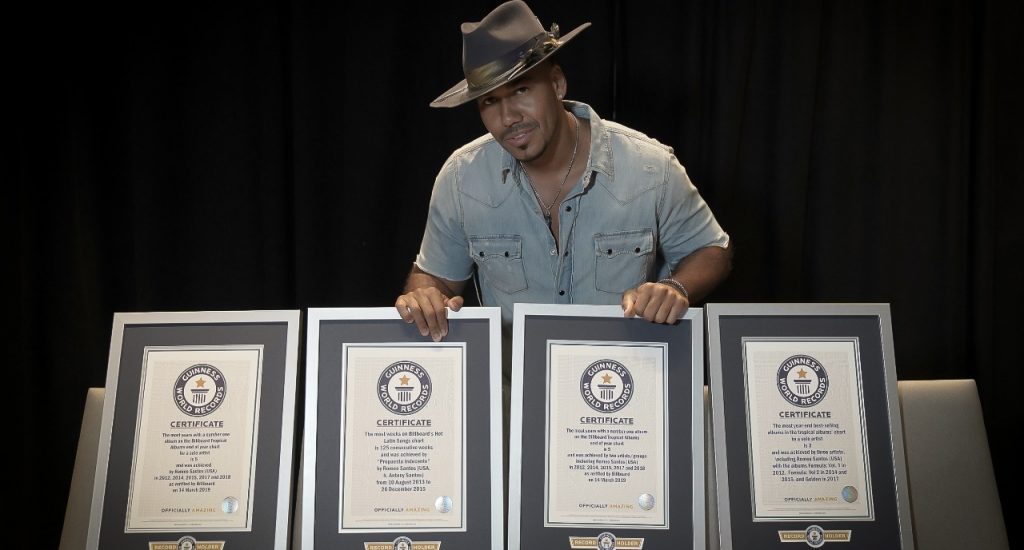 Santo Domingo.- The world authority on records, on Thurs. awarded New York-based singer and songwriter, Anthony Romeo Santos ‘Romeo,’ as the solo artist with the most albums sold at the end of the year in the lists of tropical albums “Formula: Vol. 1” in 2012, “Formula: Vol. 2” in 2014 and “Golden” in 2017.

He was also honored with three additional titles that highlight his musical career and the success of great hits such as “Indecent Proposal.”

In the Guinness World Records, Santos is also the solo artist with the most albums on the Billboard Tropical Albums year-end list (5) in 2012, 2014, 2015, 2017 and 2018. He’s also the artist who has remained the most consecutive weeks on the Billboard Hot Latin Songs list (125) with “Indecent Proposal.”