About 4,000 cruise passengers arrived in Puerto Plata for the reopening of the Amber Cove terminal 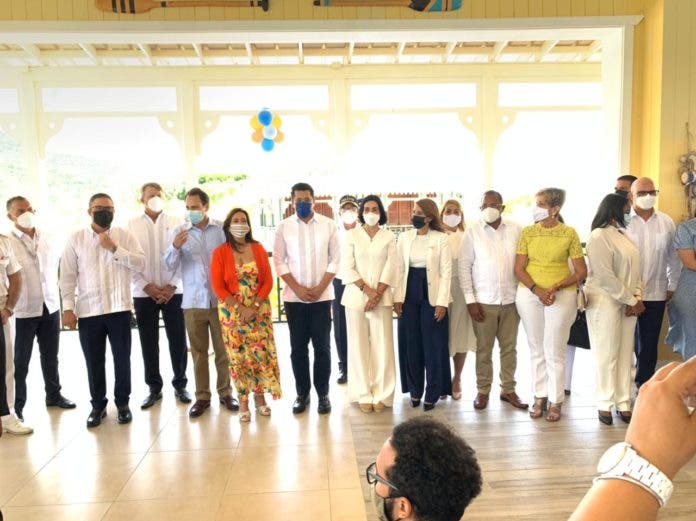 PUERTO PLATA: –  With the arrival at 9:00 in the morning of the Carnival Horizon cruise ship that transported from Florida, United States, with more than three thousand vacationers, activities were resumed at the Amber Cove terminal, which had been suspended for a year and a half because of global Covid-19 pandemic.

These activities were led by the First Lady of the Republic, Raquel Arbaje Abinader; the Minister of Tourism, David Collado; the provincial governor, Claritza Rochette Senior; Senator Ginette Bournigal Jiménez and the leading executives of the Corporate Carnival company that owns said terminal located in the Maimón district, including its president Cristhine Duffy and David Candib.

On this ship, 3,974 passengers arrived, 1,450 crew members, for a total of 5,424 people. Each of the passengers and crew presented a card with their double vaccination from their country to the Public Health authorities.

The blessing for the arrival again of the Corporate Carnival company cruises to the Bride of Atlántico was given by the Bishop of the Puerto Plata-Gaspar Hernández diocese, Monsignor Julio César Cornielle Amaro.

For his part, the Minister of Tourism David Collado highlighted the importance of the start of operations of this port for the country is the recovery of jobs, noting that more than 120,000 jobs have already been recovered of those that were affected by the pandemic by the decrease in tourist activity.

While the Dominican Port Authority director, Jean Luis Rodríguez, valued the work of all the entity’s collaborators to guarantee that all ports are in a position to support the restart of activities. In the act also the First Lady Raquel Arbaje de Abinader.

Duffy and Candib highlighted that Carnaval had implemented the protocols demanded by these times to comply with the norms and sanitary laws inherent to the United States.

Likewise, applying the regulations that prevail in the destinations, such as Puerto Plata, where the cruise ships owned by said company dock.  Therefore, using resolution number 033-2021, the city council of this municipality approved in a special session declared this Tuesday “Municipal Rejoice Day” for the arrival of the Carnival cruises to this destination of the Bride of the Atlantic.

Likewise, the Maimón district board chaired by Elba Tineo welcomed this initiative of the Carnaval company. They hope that the economy and development of this region will be strengthened with the regular disembarkation of the thousands of cruise passengers who arrive through the Amber Cove terminal of said community.

Some 40 cab drivers from different unions that have been operating since the beginning of the activities of the cruise terminal in the district of Maimon, before special calls from the Carnival offices, offered their services in buses, cars, and vans to cruise passengers who decided to travel by land to visit the attractions and tourist sites of this city.