Air Century will connect Santo Domingo with Colombia and Jamaica 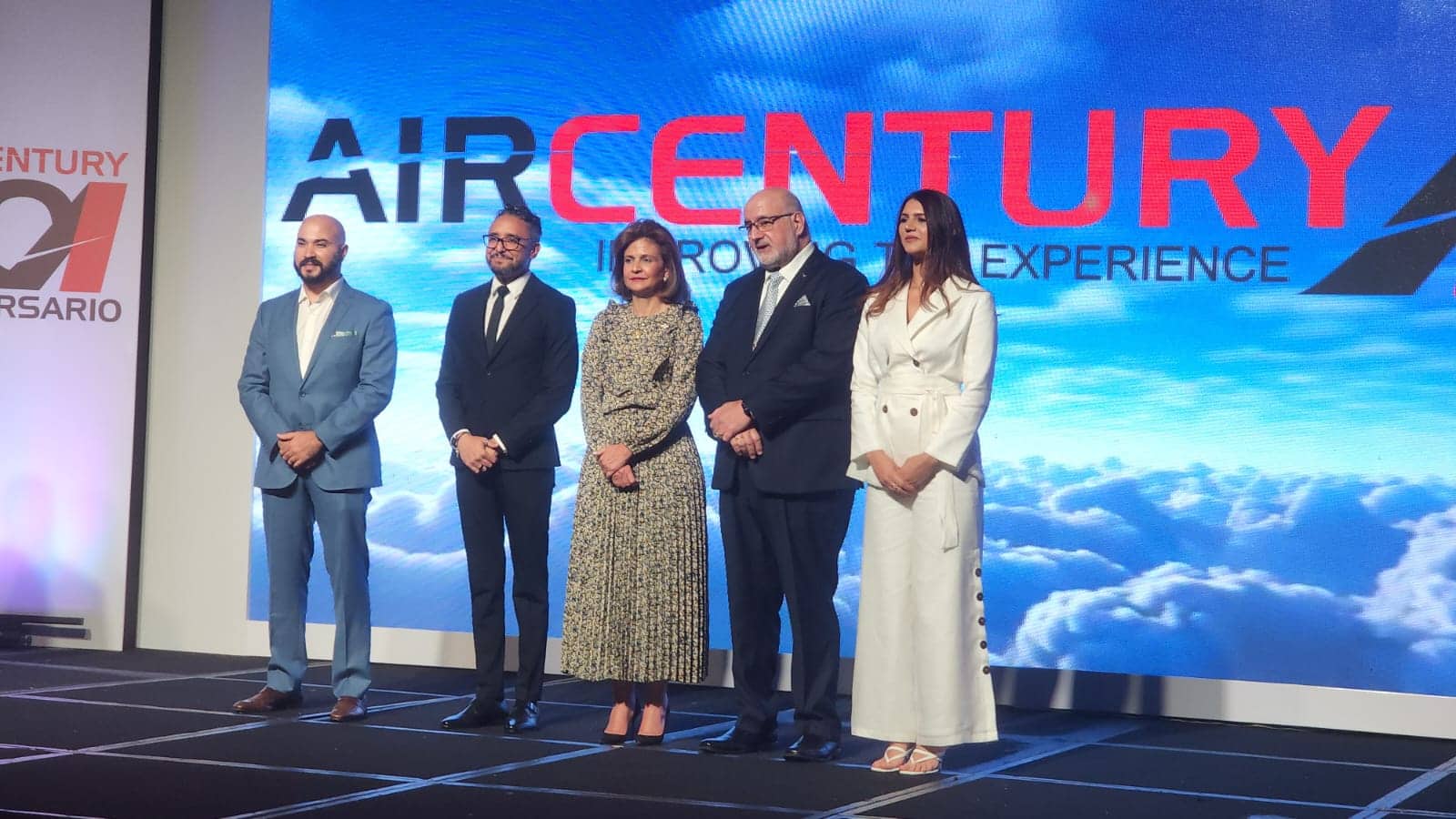 As of August 4, it will fly to Barranquilla, Cartagena, and Kingston

Reaffirms its commitment to promoting the DR as a destination

Air Century celebrated, together with collaborators, authorities, and personalities of national life, the 30th anniversary of its foundation; in an act attended by the Vice President of the Republic, Raquel Peña, the airline announced new flights to cities in Colombia and Jamaican.

The airline announced the start of flights to Barranquilla and Cartagena in Colombia, starting on August 4. Direct services, along with Kingston, Jamaica, and seven more destinations that will soon be added to the route network, confirm Air Century’s commitment to promoting the Dominican Republic as a destination and strengthening the country’s connectivity with the Caribbean.

During his speech, the founder and CEO of the airline, Omar Chahin Lama, spoke about the company’s beginnings and thanked all the people who have been an important part of its history.

“It is an honor for me to be the captain of this ship that reaches its 30 years of uninterrupted trajectory. A dream that began more than fifty years ago, when I saw some remote-controlled planes fly over me on the school playground, giving wings to the imaginary adventures of that child, who, in 1992, would start this journey that today celebrates its first 30 years with great dedication, passion, dedication and tenacity,” he said.

“I am proud to say that in this 30-year history, our company has managed to demonstrate, not only in plans, but in fact, its ability to materialize as many projects as it has proposed, backed by national and foreign accreditations, such as those granted by the aeronautical and transportation authorities of the United States of America, Mexico, the European Union, the Caribbean islands, among others, having managed to achieve successful operations both on-demand and on a regular basis, which, thanks to the aforementioned certificates , we can replicate on a full scale to any destination in the world,” said Omar Chahin,

In addition to the honorable vice president, the event, held in the Garden Tent of the Hotel El Embajador, was attended by representatives of the Civil Aviation Board (JAC), the Dominican Institute of Civil Aviation (IDAC), the Specialized Corps in Airport Security and Civil Aviation. (Cesac), among others.