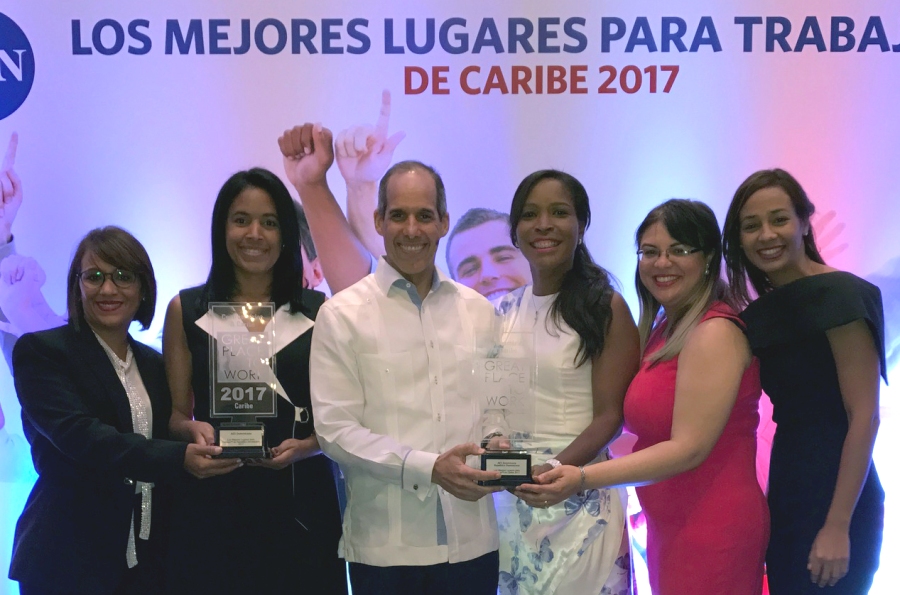 Santo Domingo.- The AES Dominicana energy group is again and for the 9th consecutive year “One of the Best Places to Work” in the Dominican Republic and the Caribbean, according to the institute annual ranking released Friday by the “Great Place to Work” in Santo Domingo.

The ranking reaffirms the position that AES Dominicana maintains since 2008. This year’s polling was conducted among 27 companies of which 25 were classified as a GPTW in the Caribbean area, with a participation of 30,532 employees.

AES Dominicana was placed 11th in the Dominican Republic and 12th  in the Caribbean, according to the GPTW results.

“We remain a great place to work, which fills us with a lot of pride, and at the same time challenges us to continue to make improvements that are necessary to maintain an enjoyable working environment, and preserve attributes such as pride, trust and equality,” said Edwin De los Santos, president of AES Dominicana.