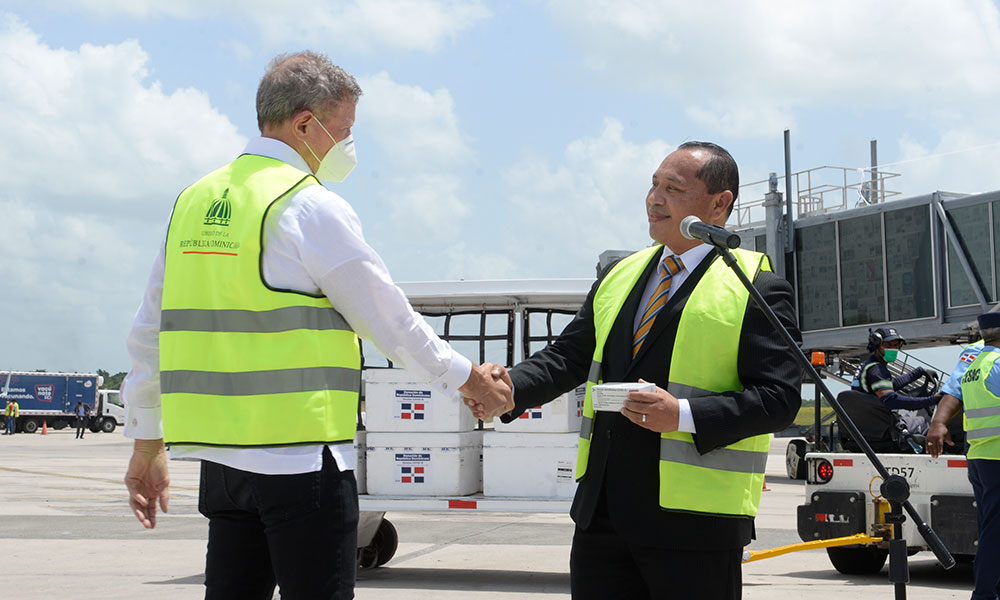 Santo Domingo.- In an act of solidarity with some countries in the region that are lagging behind regarding vaccination against covid-19, the Dominican Republic yesterday began a route of donating lots of drugs that were acquired by this nation in a public-private partnership.

In an event that took place at the Las Américas International Airport, the Government, represented by the Minister of Foreign Affairs, Roberto Álvarez, donated 405,000 doses of vaccines against covid-19 to Honduras and Guatemala.

Of these, 101,000 corresponded to Honduras and were received by the Foreign Minister of that nation, Lisandro Rosales; and the remaining 304 thousand were transferred to Guatemala, whose lot was delivered to the ambassador of that country in the Dominican Republic, Rudy Coxaj.

Prices of all fuels remain unchanged