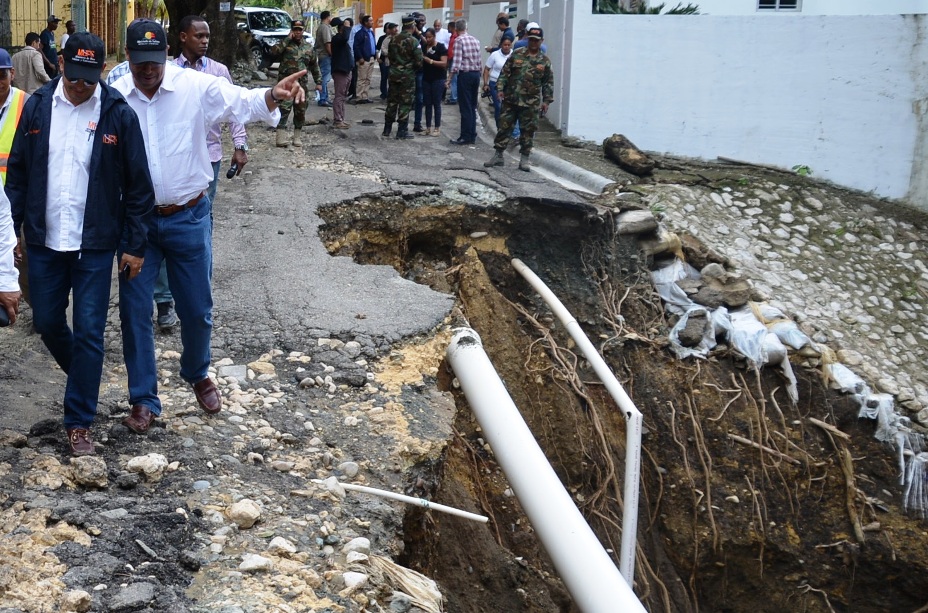 Santo Domingo.- Public Works minister Gonzalo Castillo on                  Wed. said the damages caused by the rains that have affected infrastructure are being evaluated.

“We’re looking at whether the damages are covered in the emergency declaration, whether they were repetitive or new, but our engineers are already working on that,” the official said in a statement.

He said debris from landslides is being removed on the road to Constanza, the rout to Rancho Arriba and the Duarte highway.

He said a hew bridge will be built in the community of Habanero, Barahona (southwest) while the Las Cuatro Bocas-Arroyo Dulce- Enriquillo road will be rebuilt.

Castillo said on the Duarte highway, near Los Mogotes, where the floodwaters backed up traffic, “we’ll have to see what happens. There you have to see the issue of storm drainage, to correct that and prevent flooding. “