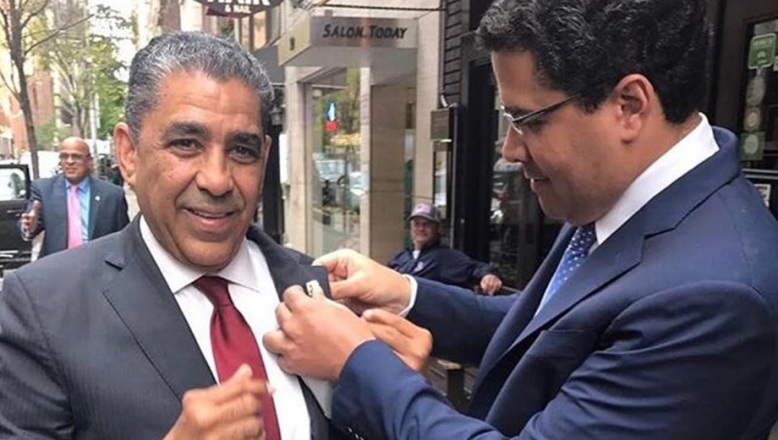 David Collado pins a pin on A. Espaillat. Photo elnuevodiario.com.do

Espaillat, who received a distinction from the Dominican capital, said the meeting with Collado was very fruitful and that the Dominican mayor stated concern with the situation of the Fire Department, given his city’s accelerated growth where high-rises proliferate.

“Mayor Collado and I agreed to renew the agreement made through Sister Cities, between mayors Peña Gómez and Koch, which dates back many years and has yet to obtain the benefits expected,” said the US congressman.

“We pledged to speak with current mayor Bill de Blasio to see how we can renew or resume that agreement and help the city of Santo Domingo, especially the firefighters, who lack the necessary equipment, in addition to training,” Espaillat said.