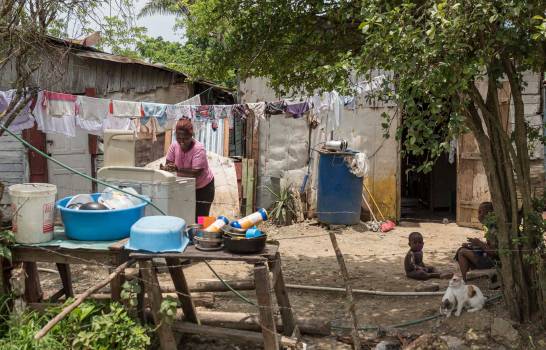 Institutions such as the World Bank (WB) and the International Monetary Fund (IMF) “are a big part of the problem that inequality is getting worse” worldwide, Oxfam executive director Winnie Byanyima warned in an interview with Efe.

“The inequality is getting worse. We have an economy where a few on top are taking the benefits 26 people today have more wealth than half with less wealth of humanity, 3.8 billion people,” said Byanyima about the growing economic disparity.

“For developing countries especially,” she said, “the WB and the IMF have lending instruments and use them combined with policy advice that serves to model the economic direction of the countries.”

The director of Oxfam, an international confederation of humanitarian NGOs, is in Washington to participate, precisely, in the annual meeting of both agencies in which the world’s leading economic leaders meet.

Among the issues to be discussed, there is the growing economic inequality, especially in the most advanced economies, and the challenges associated with the automation of the workforce.

In the opinion of Byanyima, a 60-year-old Ugandan, “it is necessary to change the world economy so that it works for everyone since right now it only works for billionaires and large corporations.”

“We are in an extreme form of capitalism,” she stressed.

He used Mexico as an example, where he assured that businessman Carlos Slim benefited for years ‘from almost a monopoly and a very low tax level’.

‘That is something we see throughout the world. The very rich are very close to all corridors of power and are able to change the rules of the game,” said Byanyima, who will leave office shortly to be executive director of the Joint United Nations Program on HIV/AIDS (UNAIDS).

The tax system is a reflection and source of these growing economic disparities.

The Oxfam executive director further elaborated: “In Brazil, the poorest 10% are paying a tax rate that is higher than the richest 10%. The tax system is so regressive that the percentage paid by the poor in relation to their income is higher than that paid by the rich. Can you imagine it?”

Byanyima also commented on the recent events in Ecuador, where economic reforms launched by the Government of President Lenin Moreno, which included the abolition of fuel subsidies, caused a wave of mass protests that forced the withdrawal of the proposed controversy.

‘The IMF and the WB have to understand two things. First, when you bring austerity to people in a situation of economic crisis, social spending should always be protected, it should never be cut. And two: the Government should negotiate this with the people, not in secret and then pass the pain to the people,” she noted.

Trained in aeronautical engineering by the University of Manchester (the United Kingdom), Byanyima has been running Oxfam since 2013 and was previously director of the gender department in the United Nations Development Program (UNDP) for seven years.

It concluded with a strong call to action.

“We have no choice, we have to reform this globalization. This system is not regulated, and governments have already been separated and disenfranchised. Governments must return to the chair and regulate globalization. You have to leave behind that to grow,” she said.