Another terminal is opened at Las Américas airport, DR to better handle crowds 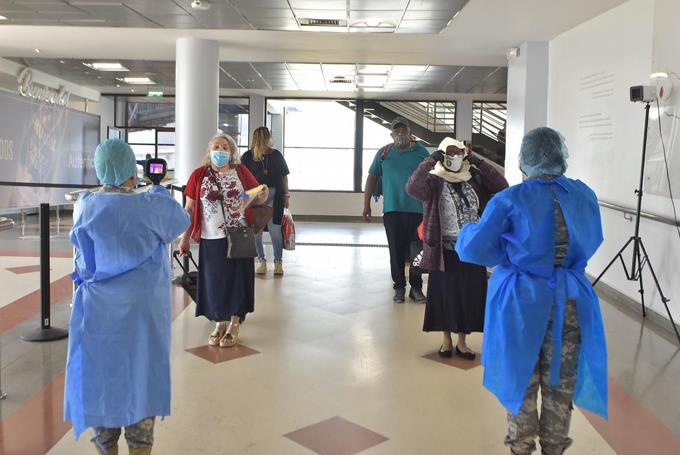 Dominican Airports Siglo XXI (Aerodom, subsidiary of VINCI Airports) reported the opening of terminal A at the Las Americas International Airport, José Francisco Peña Gómez, in order to double the space available at this airport to promote physical distance and reduce the number of people present simultaneously in the Arrivals area.

Through a statement, the company explained that it has been strictly complying with the provisions established in the “Protocol to reactivate air services in the Dominican Republic” defined by the Dominican authorities, which orders to limit access to the air terminal only to passengers, maintain the mandatory use of masks in the facilities, carry out temperature controls and designate spaces to preserve physical distance at all times, among others.

“We have been carrying out continuous monitoring of flows and, in view of the fact that the increase in the number of flights and the arrival of several of them coincides in a very short period of time, we have decided to open both terminals of the International Airport of Las Américas, which will allow us to distribute operations between both terminals,” said Luis José López Mena, director of Corporate Communication at AERODOM.

López added that this will reduce the number of people who will be present simultaneously in the arrivals area and will favor the physical distance that must be maintained at all times.

The airport company reiterated the call to passengers and users to respect the indications on the ground and screens that guide the passenger on the minimum distance required to preserve the proper social distancing.

He also stressed the importance of only one person accompanying the traveler to the airport to receive or see them off with the interest of minimizing the number of people present in public areas.

“From AERODOM we have done everything in our power to support the authorities in complying with the measures defined in the protocol … Despite all these efforts, we have seen with concern that there have been specific moments in which social distancing protocols have not been respected. We appeal to the individual responsibility of each passenger because without their contribution it is impossible to guarantee the safety of all,” added the director of Corporate Communication.

To date, more than 50,000 people have passed through the concession airports since the country’s borders were opened on Wednesday, July 1, on flights to and from the main cities of the United States, as well as to San Juan, Puerto Rico, Madrid, Spain, Paris, France, and the Caribbean islands.

Since March 2020, the Las Americas International Airport, José Francisco Peña Gómez, had been partially working operating only Terminal B, in view of the limited number of flights it has been receiving.