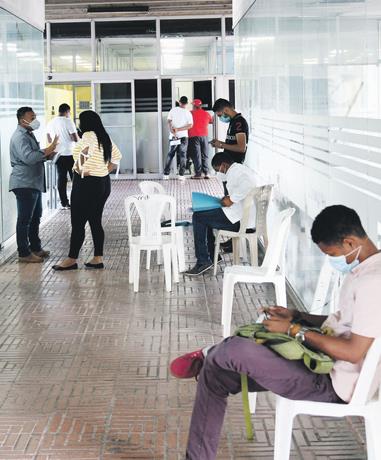 400 million jobs have been lost in the world.

The new government that started this Monday faces high unemployment. Last Friday’s registration in the Ministry of Labor was 830,513 employees “affected without extension”, due to the effect of the pandemic in the country’s economic activities.

Only in January March of this year 2020, out of an occupied population of 4.6 million, there was a drop of 42,764 compared to the first quarter of 2019, a limitation that began from the second of March when Covid-19 began to wreak havoc in the Republic Dominican.

Employment was growing. Each year an average of 136,149 employed grew in the last four years. However, as a result of the drop in global demand that had already been coming since mid-2019, the International Monetary Fund (IMF) projected unemployment of 9.1% this 2020.

The IDB indicates higher unemployment and ECLAC speaks of almost 12%. Open unemployment in the Dominican Republic stood at 6.1% before Covid-19.

According to the Ministry of Labor (MT), of 134,116 requests from a total of 52 companies for the suspension of their employees, as part of the PHASE, a report that details that a total of 1 million 385 thousand 996 workers were affected at that stage.