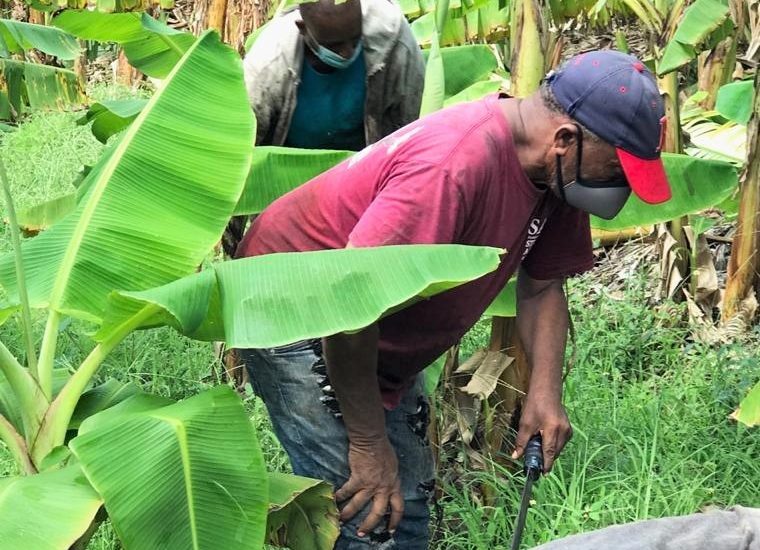 SANTO DOMINGO.- The Minister of Agriculture, Limber Cruz, ordered this Thursday the rehabilitation of thousands of plantations of this food item in Tamayo, Bahoruco province, coming to the aid of the banana producers affected by the storm Laura.

Cruz had an initial investment of 14 million pesos and the personnel and equipment necessary to rehabilitate the entire southern Yaque basin in Barahona province and Bahoruco, Azua, and Pedernales.

The works would benefit banana and banana producers in that area. The ministry provides support in the rehabilitation of canals and drainage, land clearing, and the purchase of their products to minimize losses.

More than 50 brigades, made up of hundreds of workers, were seen entering the affected land areas with machetes in the hands and aboard heavy machinery.

It is recalled that the downpours caused by storm Laura, as it passed through the southern region of the Dominican Republic, affected more than 50 thousand cultivated tasks of bananas, bananas, and other crops, causing drops in production.

By order of the President of the Republic, Luis Abinader, the Ministry of Agriculture initiated a plan to help agricultural producers. Their farms, parcels, and farms were affected by the atmospheric phenomenon.