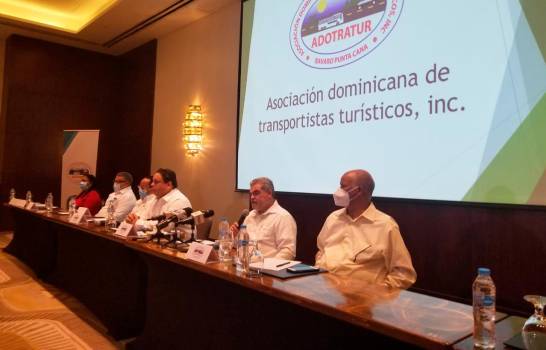 According to the Dominican Association of Tourist Transporters, tourist transport in the eastern zone of the Dominican Republic could be paralyzed (Adotratur).

Danny González, vice-president of Adotratur, said that the sector has debts of more than one billion pesos with its suppliers and with several banking entities of the Dominican Republic.

“Our tourism transportation sector is on the verge of disappearing. We have been doing all possible diligences with all the institutions since September and we have not received the help promised on several occasions by the President of the Republic,” expressed González.

He said that the Ministry of Tourism has been deficient in issuing a letter of guarantee to the Banco de Reservas to guarantee the disbursement to our members,” said the transport businessman.

He pointed out that this is a very worrying situation because, at this moment, the authorities are at FITUR selling the Dominican Republic as a destination when an essential part of the chain is about to collapse.

“The debt that the transportation sector has is RD$1,2 billion, of which, in the last meeting we held with the President of the Republic exactly two months ago today, he approved RD$700 million from a special fund of the Ministry of Tourism that should have issued a letter of guarantee so that the Banco de Reservas can restructure the debts at a rate of 6%, which has not happened and that is why we are here,” González expressed.

He assures that they represent 85% of the tourist transport in the eastern part of the country, specifically in Punta Cana and La Romana.

He added that since September 2020, they had met approximately four times with the president to seek a restructuring of debts due to the COVID-19 pandemic so that the sector can stay alive, but, so far, they have not had any solution to the problem.

“As businessmen that we are, in a peaceful way, letting the country and the world know what is the real situation of the companies of the tourist transport that moves 85 % of all the tourists that arrive through the East,” noted the transporter.