Proposals presented to curb price hikes in the country 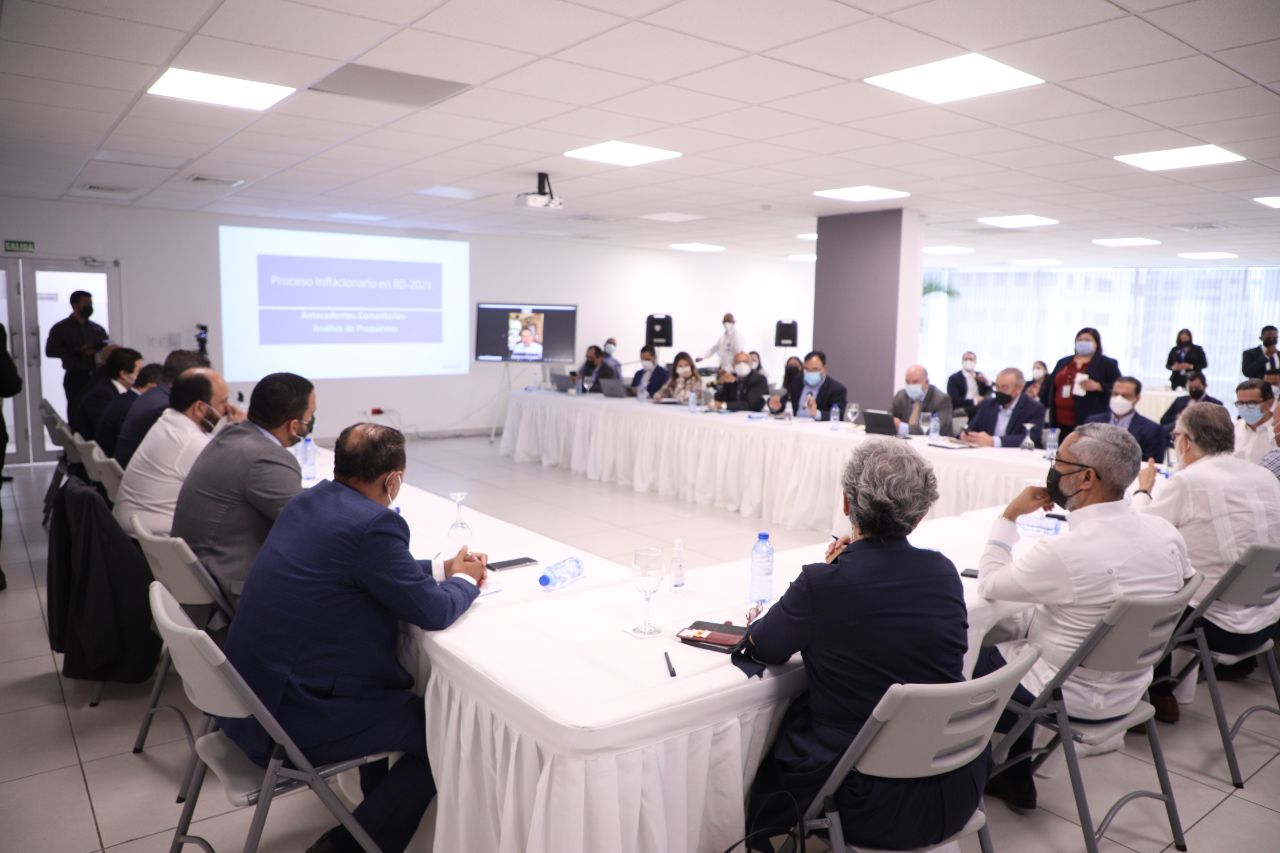 The Social and Labor Roundtable is one of those created by President Luis Abinader to present proposals that seek to mitigate the rise in prices that the country is experiencing.

This work team in which churches, civil and economic organizations, trade unionists, and others participated prepared several suggestions to prevent the current situation from affecting citizens.

The working group, coordinated by Servio Tulio Castaños, delivered its proposals this Monday to the Minister of Industry, Commerce and Mipymes (MICM), Victor -Ito- Bisonó.

Participación Ciudadana, one of the entities belonging to the social and labor table, presented several suggestions, among which are that all subsidies be targeted, not generalized, to avoid that high-income sectors benefit from them and that these be channeled through Progresando con Solidaridad (Prosoli), impacting households previously identified by the Sistema Único de Beneficiaries (Siuben).

The organization prepared a document to be presented at the working table suggesting compliance with the legal provisions that prevent monopolies in the cargo transportation sector to reduce the costs that affect the prices of goods and services, in addition to reviewing the cost structure of fuels, which affect the prices of the economy. Hence, it is necessary to reduce excise taxes on hydrocarbons.

It also recommends that future wage increase discussions should be accompanied by measures to increase the production capacity of employees and severance insurance that respects the acquired rights of workers and is financed by the private sector.

Meanwhile, Foro Ciudadano proposed to carry out a survey of low-income families that for various reasons are left out of social programs, in addition to generating an articulation of small traders and informal vendors to reduce intermediaries in the rural-urban relationship that allows the products of the family basket to reach easy acquisition costs for families in extreme poverty.

Manifiesto Ciudadano understands that the ideal is for the Government to dismantle the tax burden of imports until reaching pre-pandemic stability and assuming the increase in transportation costs of the main items that impact the economy.

Churches
Miguel Sang Ben, representing this religion, expressed in a meeting held by the Social and Labor Table last Saturday to discuss its proposals that a “successful” action could be a short-term crop program to generate alternative food of national origin.

It suggests reactivating the operational capacity of Inespre and arranging the distribution of basic foodstuffs donated through parishes and religious entities to social groups without monetary income and in marginal areas.

The evangelical community suggested a National Plan “Siembra” with credit financing. As much land as possible would be established to increase the supply of some items, focused on small and medium producers.

Trade unionists
Three trade union organizations presented a joint proposal with fiscal, labor, distribution, and health measures. Among these is creating a special fund for the containment of price increases and the maintenance and expansion of State programs for the pandemic.

Regarding the labor market, they recommend a 40% wage adjustment and the creation of quality jobs. Other suggestions are to expand the distribution network of “Mercado de productores,” “Agromercados,” and “Bodegas móviles” of Inespre, in addition to increasing the supply of medicines and insurance companies that cover the PCR tests of the COVID.