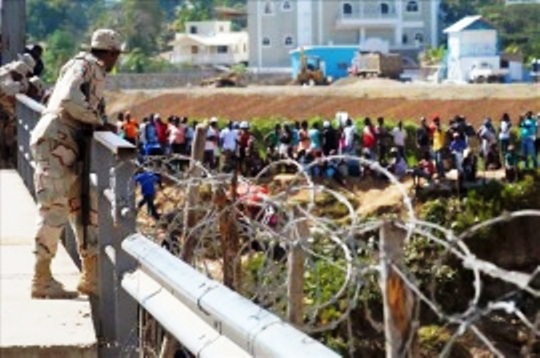 Dajabon, Dominican Republic.- Despite the limitations to transport due to the lack of fuel in Haiti, thousands of Haitian citizens on Friday attended the binational market at Dajabón.

From 8am Customs and Immigration open the gate of the two nations on the bridge over the Masacre River, residents of the neighboring country began to enter Dominican territory on foot, motorbikes and trucks to buy and sell all kinds of products.

Abigail Bueno, president of the Dajabón Market Retail Merchants Association, was surprised by the large number of citizens who defied the insecurity that affects them, as well as the limitations they have due to fuel shortages.