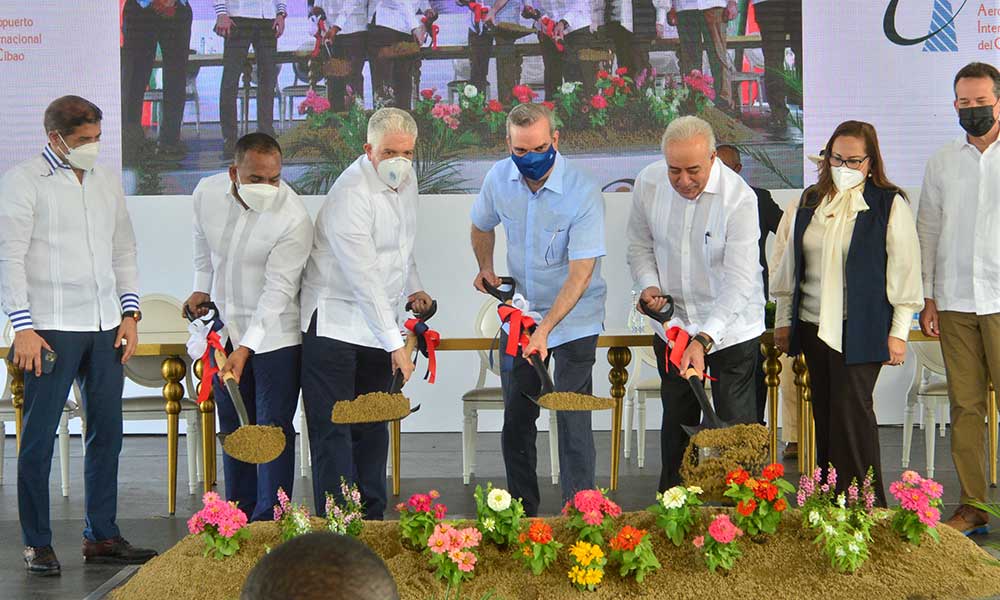 Santiago.- Cibao International Airport started the work for its reconversion, with the expansion of the terminal with an investment of 300 million dollars and that will allow receiving flights from Europe with the duplication of travelers.

During an event attended by President Luis Abinader, it was reported that the work, designed by the Spanish architectural firm Luis Vidal, will increase passenger capacity from two to four million, as well as cargo and double the capacity of the movement of passengers and the number of jobs from 2,000 to about 4,000.

Félix García, president of the Cibao International Airport Board of Directors, said that with this investment they will expand the aircraft movement and parking platform, in addition, they will extend the runway by 280 meters, from a 2,620-meter runway to a 3,000-meter runway. with which they can accommodate aircraft of greater capacity and range.

I don’t that two million travelers goes through that airport yearly. Punta Cana gets about 4 millions.