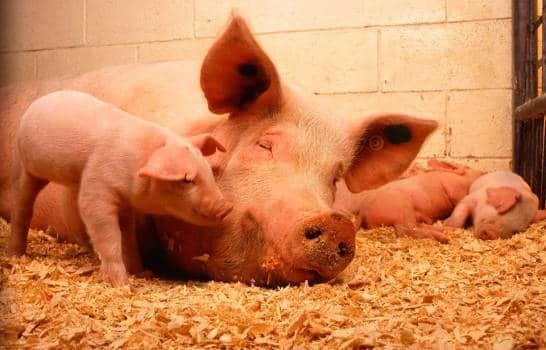 In the Dominican Republic, about 100,000 pigs are consumed per month. ( Photo Shutterstock )

Consumers in the Dominican Republic will have about 200 thousand pigs available to be purchased in the local market during December when the demand for white meat increases due to the Christmas festivities and the end of the year.

According to the Ministry of Agriculture, the pigs are now ready for consumption. Monthly consumption in the country is around 100,000 pigs.

Recently, the Minister of Agriculture, Limber Cruz, assured that the Government has 2.3 million pounds of pork to meet the demand during the Christmas and end of the year festivities.

He said that RD $ 202.3 million were earmarked for these purposes to supply the market. As for the chicken, more than 110 million pounds will be available to the population for both December and January.

Cruz assured that consumers in the Dominican Republic would have enough chicken, pork, and other products that make up the agricultural sector.

Through the Communications Directorate, the Ministry of Agriculture reported that of the farms sampled to detect African swine fever (ASF), 85% have tested negative and 15% positive.

In addition, it states that the highest incidence of the disease is in backyard pigs.

According to the Minister of Agriculture, Limber Cruz, there is “absolute” control of ASF in the Dominican Republic.

“We have the disease under control, the outbreaks that arise, which have diminished a lot, we eliminate it immediately, and the country is doing well,” said the head of the agricultural portfolio recently.