One thousand flights scheduled this week 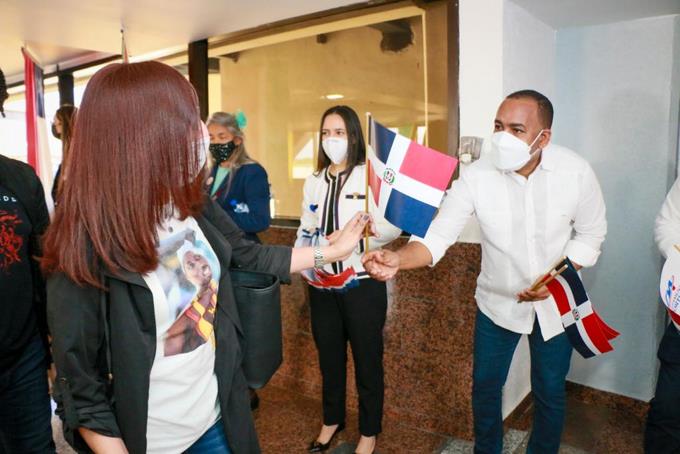 At least a thousand flights have been scheduled for this week before the celebration of Christmas Eve. In addition, thousands of absent Dominicans and tourists will travel to the country through Punta Cana and Las Américas. José Francisco Peña Gómez.

The executive director of the Airport Department assured that, due to the considerable volume of travelers, for this week alone, about a thousand flights have been scheduled, through the airports of Las Américas and Punta Cana, respectively.

Víctor Pichardo made the revelation after leading this Monday at the Las Américas terminal, the reception ceremony for Dominicans living abroad. They come to spend Christmas with their family and friends.

Pichardo announced that, for this month, despite the coronavirus pandemic that the world is experiencing, it is expected that some 400,000 Creoles living in the United States, European countries, and from other destinations will come to the country to spend Christmas Eve and New Year.

The official praised the facilities that the government of President Luis Abinader has granted this year through the Customs Directorate, to increase from US $ 3,000 to US $ 4,000, to bring merchandise and gifts without paying the corresponding taxes.

“Never ever like now, no government had taken more into account like the one presided over by Luis Abinader, those brothers who make extraordinary efforts to come to the country in December to be with their family and friends,” said Víctor Pichardo.

Scheduled
The director of the Airport Department said that some 597 flights had been scheduled by the Punta Cana Airport and another 390 by Las Américas to make seats available due to the considerable displacement of absent Dominicans.

About the health protocols established by the Public Health authorities at the Airports, Pichardo assured that the body he directs acts as a regulatory body for compliance with health measures against the new variant of Covid-19, known as omicron.

“I want to signify that we as a country have been recognized and are a benchmark nation with regard to the health controls that we have established in all the country’s airports,” said the airport official.

The official offered this information at the head of the reception ceremony for the Dominican living abroad on his day every December 20, amidst great uproar from travelers, who enjoyed the music of a typical ensemble.

Due to availability,
Five hundred ninety-seven flights have been scheduled by the Punta Cana Airport and another 390 by Las Américas.

Measures
Pichardo assured that the body he directs acts as a regulatory body for compliance with health measures against the new Omicron variant of Covid-19, the omicron.

Diaspora
The arrival of some 400 thousand Creoles living abroad is expected.

You guys should do a better job at translating these articles from Spanish to English. Dominicans are not called “Creoles”.

Creoles? is that how we refer to our fellow citizens in the diaspora?