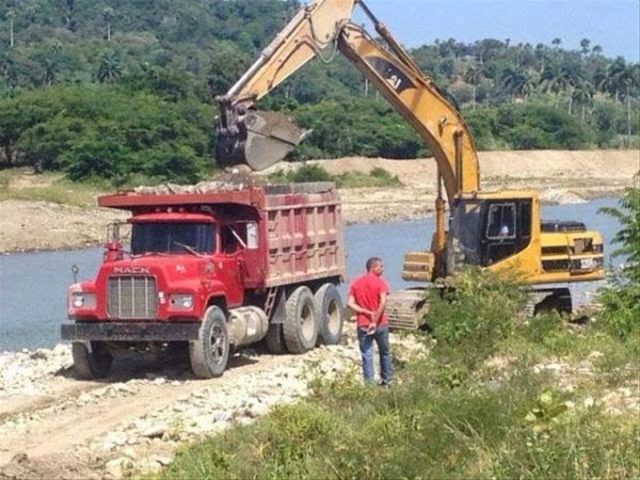 Bail for Francis Gregorio Tejada was setat RD$300,000 and RD$100,000 forJeorifer Antonio Santana, who are banned fromleaving the country.

The assault occurred at around 6:30pmNovember 24, while officials responded to a complaint that three trucks were takingsand from the Ocoa River between Azua and Baní.

When the members of the military arriving atthe site, two of the dump trucks fled and a third was detained.

One of the trucks that fled was chased formore than 15 km, but the officials were ambushed in a dead-end street near the truckstop, Cruce de Ocoa.

In the ensuing incident several people were hurtand an Environment Ministry vehicle was damaged.