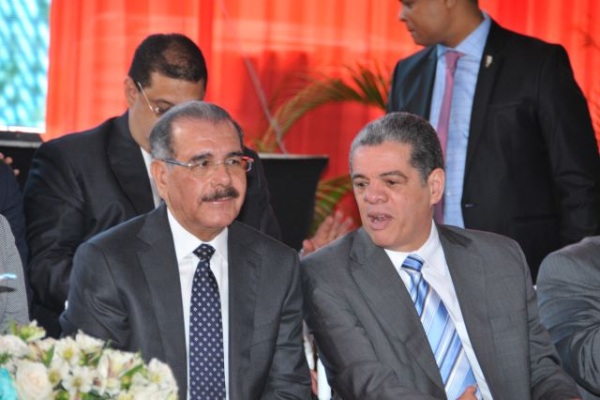 Santo Domingo.- Senior ruling  party (PLD) leader Carlos Amarante on Tues. asked that president Danilo Medina be allowed to work and said he’s concerned that a sector of the PLD “in its pursuit of power, constantly thrashes” the government.

The also member of the PLD’s top echelon, the Political Committee, complained that in the social networks a sector of the party, which he didn’t name, “treats the government and president Medina worse” than the opposition leaders.

He called the attacks on Medina and his administration “a certain loss of sanity.”

“We are even accused of having” lost our way,” said Amarante, who acknowledged that the Political Committee hadn’t met for months.

“Let Danilo work, I see with concern that a sector of the Party, in its pursuit of power, constantly hits the PLD government. In social networks this sector treats the government and President Medina worse than some sectors of the opposition, which reflects some loss of sanity. We are accused of having “lost our way”, said Amarante to outlet Diario Libre.

The minister of Interior and Police said he had concluded that “the differences and concerns would be taken to its bosom (to the meetings of the Political Committee) to the social networks “.

Moreover Fernandez warned last weekend, during a gathering with supporters, that another possible amendment to the Constitution can “open the doors for a dictatorial and despotic regime.”