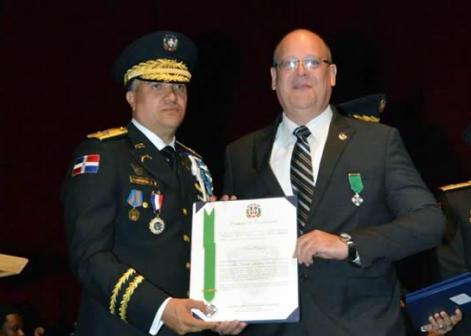 The declarations were granted on commemoration of the 82nd Anniversary of the Dominican Republic National Police Uniformed Corps creation.

The General Director of the National Police, Major General Ney Aldrin Bautista, led the recognition ceremony of HSI special agents, police officers and military officers for their superior performance in the exercise of their duties and excellent preventative work with society.

The event was held at the National Theater where both honorees and guests enjoyed classical musical selections from the National Youth Orchestra of Santo Domingo.