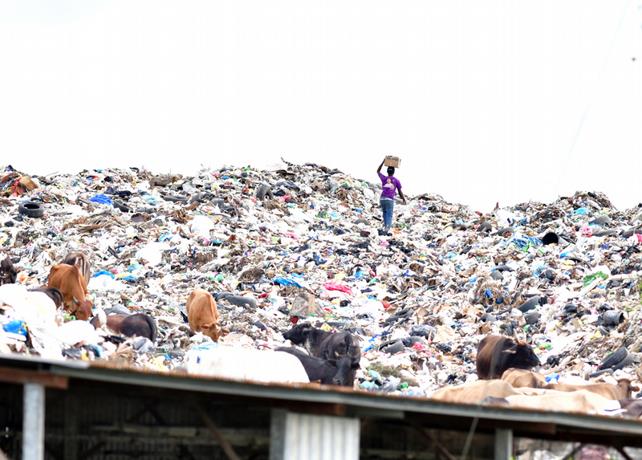 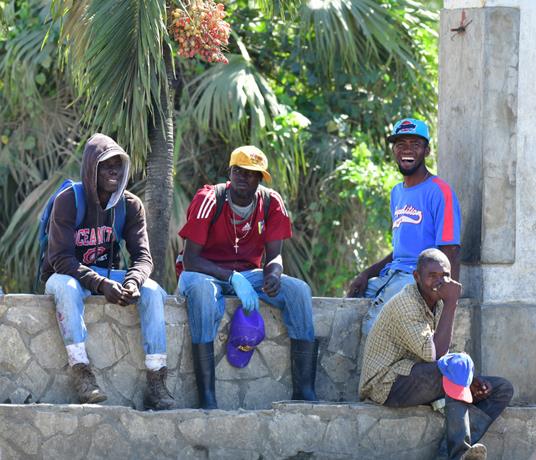 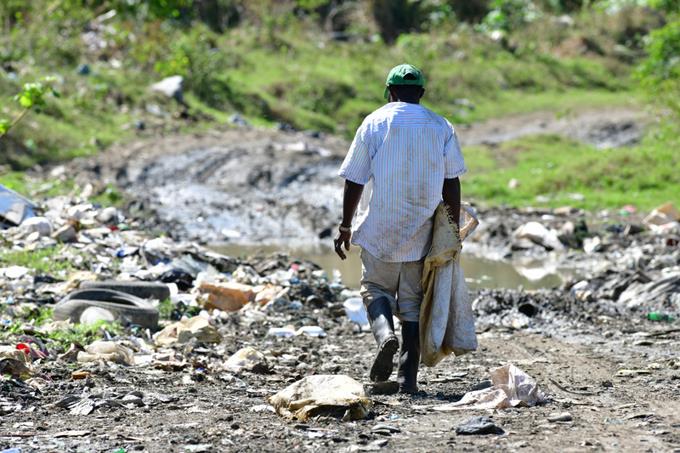 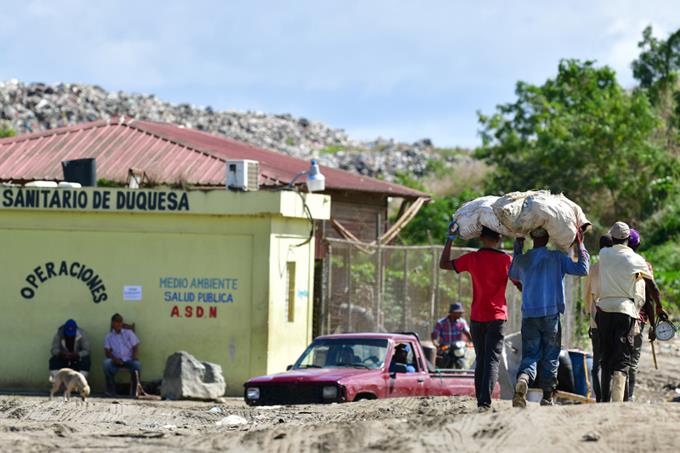 Arriving at the Duquesa (Duchess) landfill is arduous, it consists of roads that cannot be considered as streets, given the abundant mud, holes and ditches, conditions that drivers of even the largest trucks fear, given the possibility of getting stuck.

These routes are traveled daily by, in addition to trucks and transport with waste, thousands of people, whether on foot or on motorcycles, who qualify the landfill as their work area and the only “serious” possibility of sustaining their lives.

This journey through irregular roads is only the beginning for informal workers, popularly known as “divers,” who daily dive into what some refuse as garbage, to find objects that can generate profit when they are recycled. 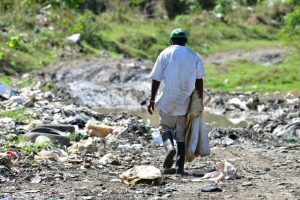 “Road conditions are the least important,” says Horacio, one of the divers who rests during his lunch hour. Next action, look up and point to the mountain of garbage that welcomes those who cross the door of the dump “there began the true strength.” 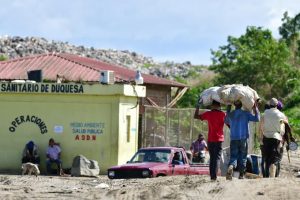 Sitting on concrete steps, which serve as a seat and resting point for divers, Horacio and other informal landfill workers open their eyes in surprise and look at each other when they hear about the recent decree of President Danilo Medina, which orders the “technical closure” of the Duquesa landfill.

“They never told us anything, if it weren’t for you we might not have heard when they close this here,” says Horacio.

Moments prior to hearing about the news that would wipe smiles from their faces, Horacio and Chipile, as two of them were identified, also recognizing being of Haitian origin, they talked and laughed with José and Pedro, two Dominicans who are also divers. 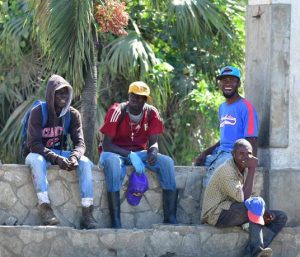 Since 2001, Horacio maintains the office of a diver who helps support his house and family based on the profits he can obtain from recycling. “It’s been many years here, 19 to be specific, I don’t know what I would do if this is closed,” Horacio laments.

Seconds later and with some signs of annoyance in his voice, Horacio asks: “What will Danilo Medina do with the more than five thousand people who come to work here every day?”

According to Horacio and confirmed by the other colleagues around him and who listen carefully to his statements to a Daily Listin team, around 5,000 divers dive daily among the waste in what they consider “their work.”

This work of collecting among the millions of objects that people who live in Greater Santo Domingo throw away, materials such as plastics, metals, wires, and glass, can generate profits of up to RD $ 30,000 in a “good month,” while in the worst of the scenarios, they can raise about RD $ 10,000, which can be translated into a minimum wage in the public sector.

This work carried out by approximately 5,000 divers provides for not only their personal economy but also that of the nearby recyclers in the area, which are based on the materials that these informal workers can offer them from the Duquesa landfill.

Despite the gains that garbage collection and recycling can mean, the working conditions that divers must endure are unpleasant.

Leaving aside the murky roads to reach the area, divers must withstand the stench that tons of accumulated debris give off, sunlight that burns their skin and requires them to be covered, which is a double-edged sword, given that the improvised clothes they wear cause an “impossible heat,” as divers describe, claiming, however, that “one gets used to the weather.”

These issues are strictly in the health field, but these divers who work in subhuman conditions must eventually pay a “toll” to enter.

Chipile, who comments on this situation, alleges that every time divers must give some money to the people who manage or monitor the place in order to enter to do their jobs.

“They charge us sometimes to let us in, it’s not much, but that sometimes cuts into the money for us to buy a meal,” Chipile explains.