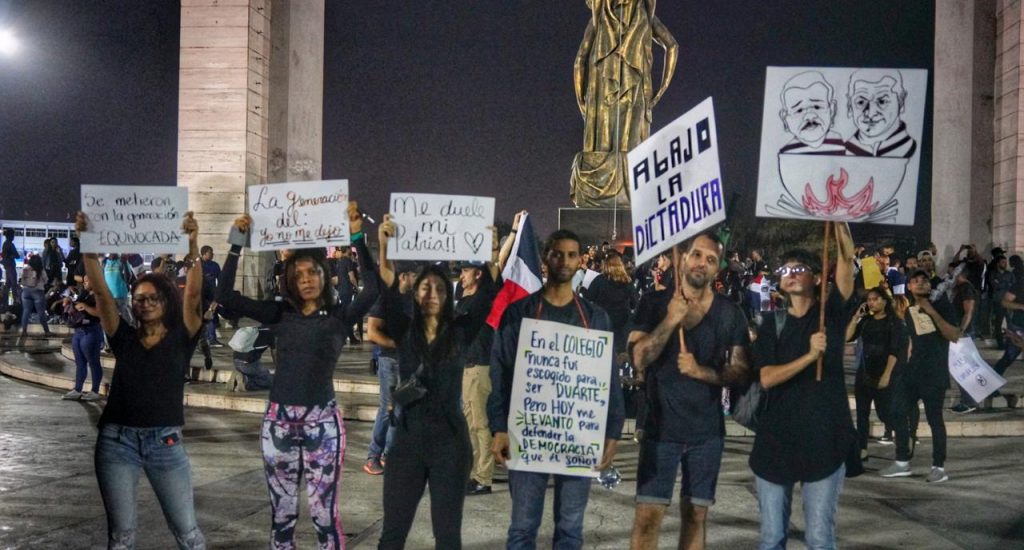 Santo Domingo.- Black was the color that prevailed Tue. afternoon and Wed. evening in front of the Central Electoral Board (JCE).

The protest emerged after last Sunday’s municipal elections suspended just four hours after the start when almost half of the electronic voting system equipment failed.

The people began to arrive at 3pm but the protest began in earnest at dusk, beating on drums, pots and trumpets.

Around 5pm the protesters brought out a black coffin marked DEMOCRACIA in caps as an analogy of what transpired Sunday.

Protests also occurred at the Electoral boards of Santiago, San Francisco and other cities.