“A concert for democracy” and other details of the event this Thursday, February 27 in Plaza de la Bandera 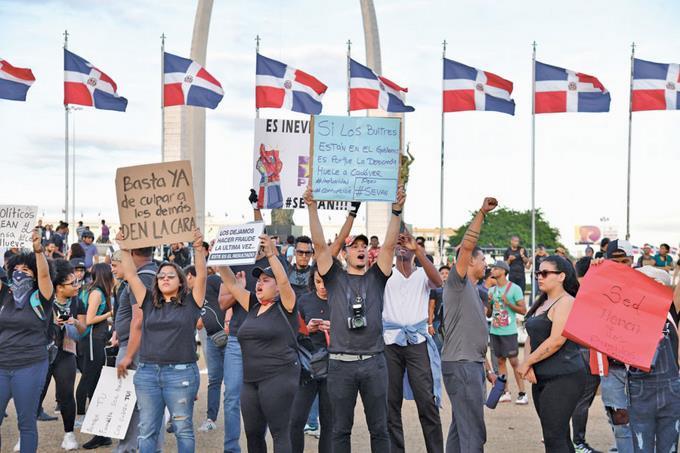 “It is a concert for democracy so that the protest is distorted or the innuendoes that are rolling through badly healthy networks,” said one of the organizers of the Concert for Democracy scheduled for today.

Interviewed on the television program El Día, the group noted that it is a civic and peaceful activity, where all security measures have been taken so that unscheduled incidents do not occur.

“We have worked in logistics with the Minister of Defense, who are responsible for the Plaza, we have visited the Chief of Police with whom we have a meeting today…, we have already taken a picture of how the entrances will be, both of the buses, the roads that we are going to leave free, the placement of the platform, which will be Luperón oriented towards the north,” the organizers detailed.

The young people gave these explanations when they were interviewed on the television program El Día, which is broadcast on Telesistema channel 11.

For this Thursday, February 27 at nine o’clock am in front of the Central Electoral Board, a demonstration of outrage is convened in the Plaza de la Bandera, in repudiation of the suspension of the last municipal elections.

The singer-songwriter Juan Luis Guerra, Vicente García, the salsa artist Yiyo Sanrante, the urban Vakeró and the humorist Raymond Pozo have confirmed their presence in the so-called “Manifestación Concert Trabucazo 2020.”