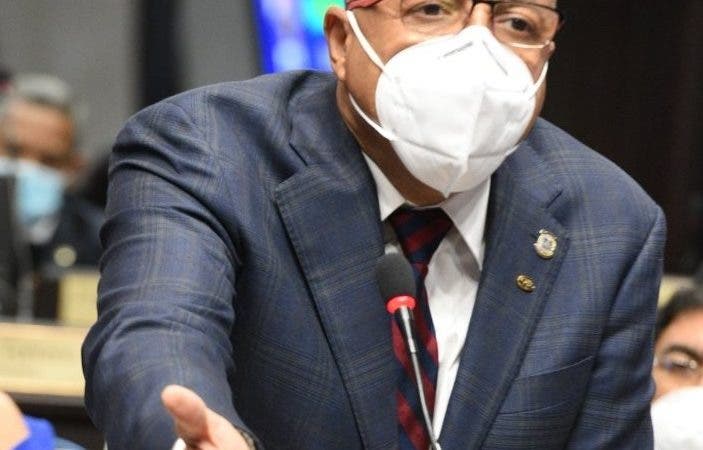 After spending all morning assuring that they would not approve the extension of the state of emergency requested by President Danilo Medina, the deputies of the Modern Revolutionary Party (PRM), Fuerza del Pueblo (FP) and the Social Christian Reformist Party (PRSC) gave their vote in favor of the extension.

At the end of the session, the PRM deputy Elsa de León shouted that there “was not talk about health, but about business and money.” Watch the video below.

Pedro Botello, a reformist deputy, said that the opposition had been deceived because they had agreed to approve 12 days in exchange for the project that seeks to grant up to 30% of pension funds to workers, but the president of the Chamber of Deputies adjourned as soon as the first point was recognized.

Opposition lawmakers accused the government of using the state of emergency to favor candidates of the Dominican Liberation Party (PLD) and questioned whether the authorities are opening the economy while asking for an extension of the state of emergency. They also criticized the public purchases and contracts made by the Government with the speed allowed by the period approved by Congress so that the necessary measures can be taken to stop the coronavirus.

When the presentations began, the spokesman for the reformist party, Máximo Castro Silverio, asked for a 15-minute intermission so that “the opposition can fine-tune positions.” The president of the Chamber of Deputies, Radhamés Camacho of the PLD, repeatedly denied the request, despite the insistence of the president of the PRD party, Alfredo Pacheco, that it be granted. Camacho remained in the negative, until the PLD deputy, Lucía Medina, sister of President Danilo Medina and former president of that same chamber, suggested that he accept.

At around 3:30 in the afternoon, work resumed. The spokesperson for the PLD deputies, Gustavo Sánchez, proposed that instead of the 25 days approved by the Senate last Thursday, 12 days be approved.

Immediately afterward, Alfredo Pacheco reluctantly accepted the proposal, to show that the PRM was not an intransigent party. Pacheco clarified that the coincidence between the opposition and the ruling party to approve 12 days was not a political agreement.

Pacheco said they decided to approve the extension due to requests from different sectors that had contacted him. He added that the ideal would have been not to approve and continue the gradual de-escalation that the Executive executes.

FP’s Henry Merán reiterated accusations that the government uses a state of emergency in favor of Gonzalo Castillo, but said his bloc would also accept the proposal.

Not all PRM legislators voted yes: 16 voted in favor, 16 voted against, and 10 did not vote.

Máximo Castro Silverio praised the attitude of the political leadership of their respective parties that remotely directed the negotiations, for relenting and promoting the “roadblock” solution. He referred to Quique Antún, president of the PRSC, who said he was rebellious but agreed to have the deputies make the decision.

Despite the fact that the project he is looking for will give workers 30% of the money in their individual capitalization accounts in the pension fund administrators when the extension of the state of emergency was approved, Radhamés Camacho adjourned the session.