Jams, assaults, and parties characterized the first phase of the curfew in the DR 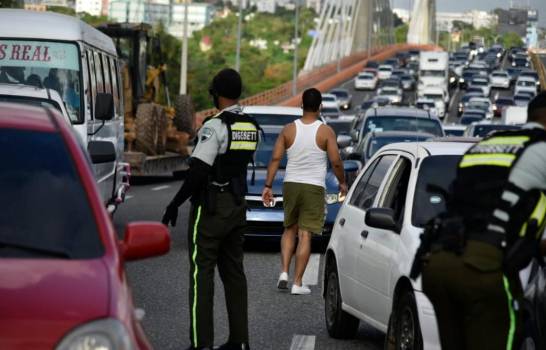 The agents are insufficient to stop the number of violators at the start of the curfew. Diario Libre

The Dominican Republic ended this Sunday the first stage of the new curfew, one of the government measures of the 45-day state of emergency to stop the spread of COVID-19.

How did the population behave during the disposition against the virus that has caused 1,309 deaths out of a cumulative 79,732 affected?

The disobedience of a part of society continues to be a danger since, during the authorities’ patrol, the agents are challenged by groups that do not want to comply with the call to stay in their homes. On the contrary, they take to the streets in crowds, without social distancing, and masks. They go to beaches, have street parties, and violate curfew hours.

In Villa Francisca, Capotillo, Villa Faro, Mendoza, Villa Duarte, and other vulnerable sectors, the youth ignore the call and organize parties in the streets without fear of being infected and taking the virus home.

According to Police figures, around 10,000 people have been arrested since July 22. In the first phase (which lasted almost three months), before the measures were dismantled, the prisoners passed 90 thousand people.

A woman with a child was among those detained in a beverage center. ( DIARIO LIBRE / RICARDO HERNÁNDEZ )

Another of the difficulties during the curfew was chaotic traffic. Traffic jams during peak hours prevented employees from arriving home on time. Starting at 4:00 in the afternoon, bottlenecks were formed in the main avenues of Greater Santo Domingo, which caused kilometers of jams and more with the checkpoints that the authorities installed to punish offenders.

Traffic jams formed on weekends are due to the relaxation of the population, such as the one that occurred this Sunday the 8th, when hundreds of people left the Boca Chica beach at the same time, which caused a traffic jam on Las Américas Avenue and the Juan Bosch bridge.