10 things you should know about Juanita, Pepe and Lupita, the manatees that return to their natural habitat today 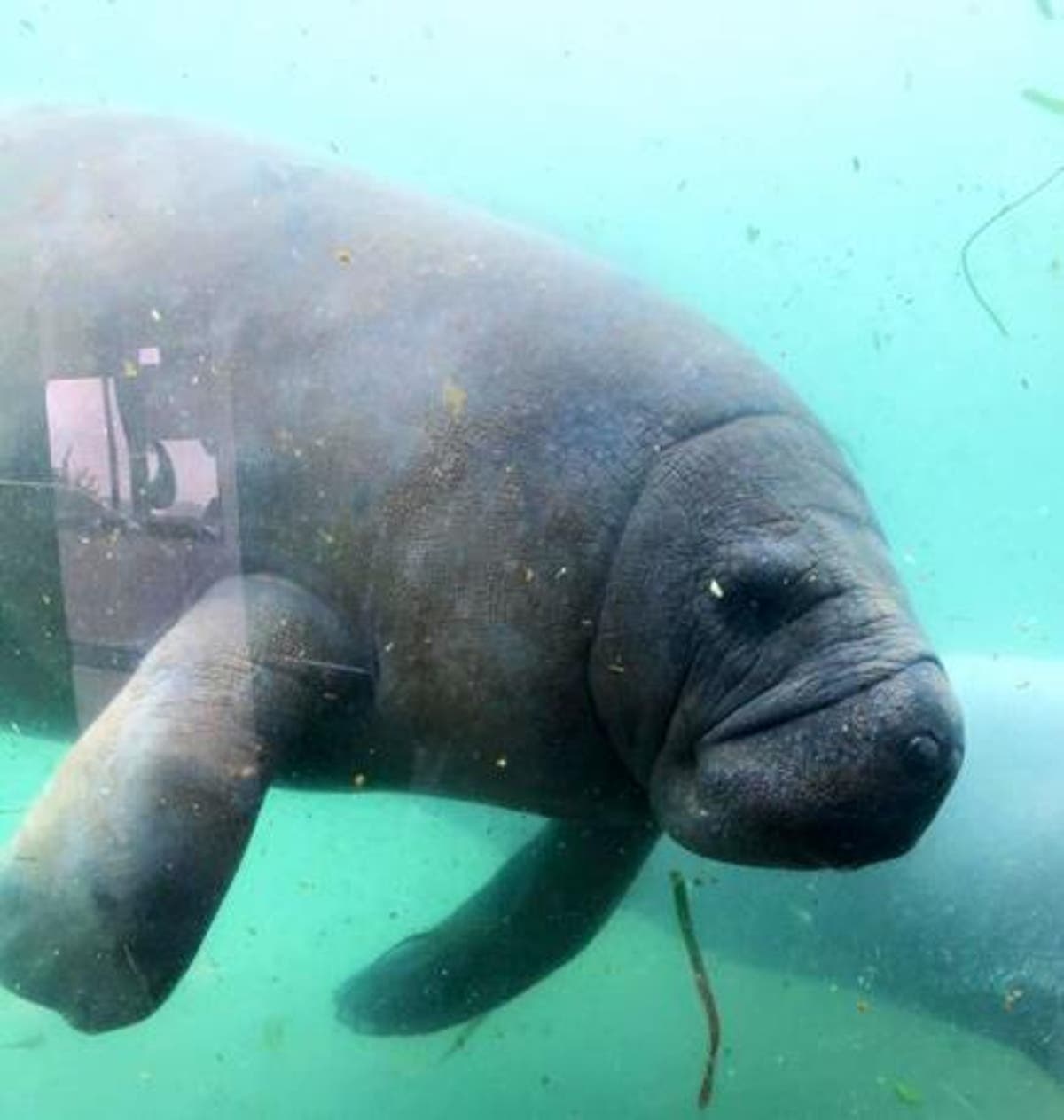 Today the manatees Juanita, Pepe, and Lupita begin their process of liberation from the National Aquarium.

For this purpose, for more than three months, specialized personnel have been working with them in their adaptation to return with their lives in the sea.

The Ministry of Environment published yesterday extensive details of the process they are carrying out together with technicians from the National Aquarium. Here is a summary of questions and answers you should know about Juanita, Pepe, and Lupita.

1.Who are the manatees?

Juanita, Pepe, and Lupita are three manatees of the Antillean species, found in different years in the Dominican Republic waters.

2. Why and since when have they been in the Aquarium?

Juanita and Pepe were rescued separately in 2012. Juanita was with more than ten injuries caused by a fisherman in Bayahibe, while Pepe was dehydrated near the Haina River, San Cristobal province.

3. What has the adaptation process for their return to the sea consisted of?

To be reintroduced to the sea, manatees have undergone several blood, skin, and heart rate studies, among others, to determine that they are in good health.

They have been taught to eat from the bottom as they will do in the sea because they had been feeding on the surface since their arrival at the Aquarium.

4. Where and when will they be returned to their natural habitat?

The return to their natural habitat will happen today, December 13th. After several investigations, it has been determined that the best scenario is in Bayahíbe.

5. How will be the process of their reintroduction?

Taking all the security and sanitary measures, the manatees will be transported in vehicles enabled for those purposes from the Aquarium to Bayahibe.

Once in the sea, the manatees will stay for some time in a 600 square meter fenced area with a depth of about three meters that has been prepared until they achieve their successful adaptation. This modality is known as a soft release.

6. How long will the adaptation process last at sea?

The manatees’ adaptation process depends on them and their ability to get used to being in an environment other than the National Aquarium.

When the veterinarians, technicians, and all the personnel who attend them determine that they are used to being in the sea, they will be released without supervision.

7. Are manatees dangerous to humans?

No, they are totally harmless species, and in the case of Juanita, Pepe, and Lupita, they are human-friendly animals. Still, it is advisable to leave them alone, even when they approach us, to not interfere with their natural lives and behaviors.

8. What do manatees eat?

Rami is a manatee found in Bayahibe and is expected to give a warm welcome to Juanita, Pepe, and Lupita.

10. If they were so well cared for at the Aquarium, why have they decided to release them?

Because manatees belong to the sea and should be in the sea, besides being in their habitat will contribute to their species allowing them to reproduce and eventually be taken off the list of the critical danger of extinction.

Juanita, Pepe, and Lupita will return to the sea but will still need the consideration and care of each of us.
Francisco de la Rosa, the veterinarian of the @acuariordo, explains to us how we can collaborate. #ProntoEnCasa pic.twitter.com/9VeLruCiCv