No new Covid cases to report in Eight provinces 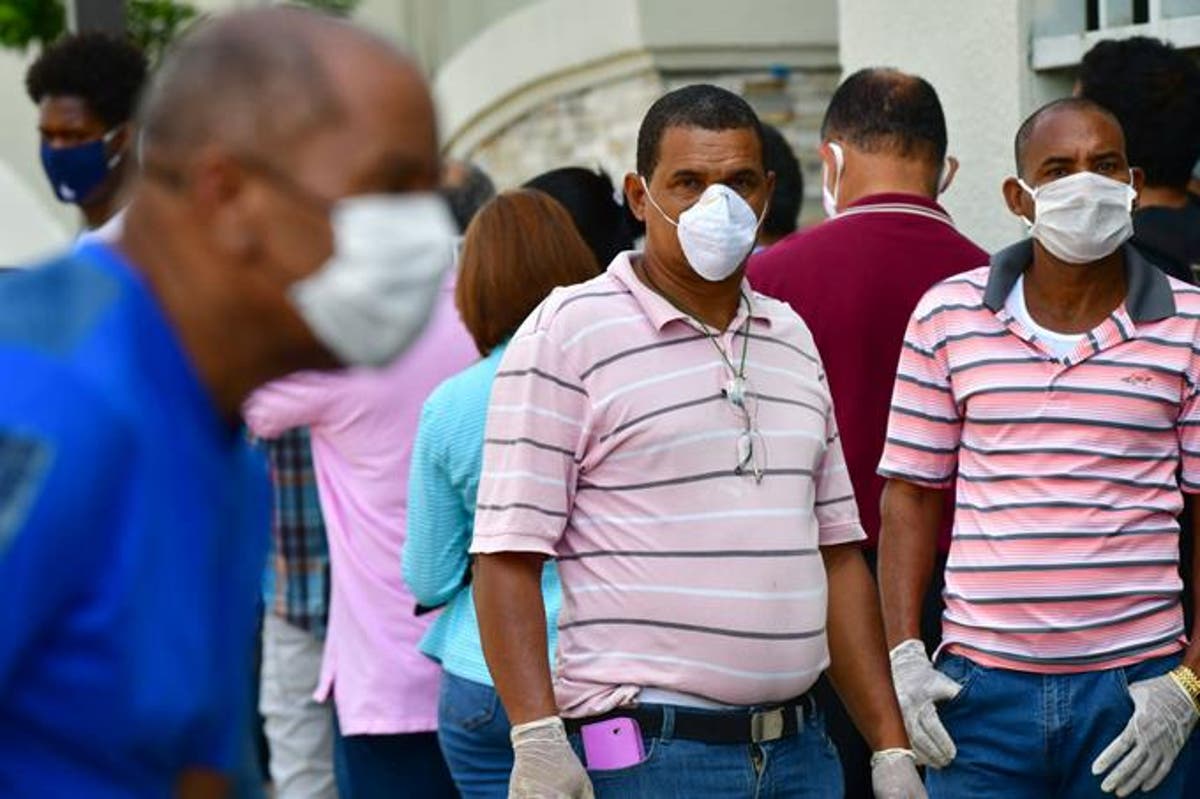 The authorities have asked the population to maintain the use of the mask. DAILY FILE / LISTIN

The country yesterday registered a death and 624 new confirmed cases of the Covid-19 virus, with confirmed cases in most of the country’s provinces, leaving only six of them with no notifications of any new contagion case.

The provinces in which the epidemiological surveillance system did not report cases in the last 24 hours are Barahona, El Seibo, Independencia, Monte Cristi, Pedernales, Samaná, Santiago Rodríguez and San José de Ocoa.

According to the General Directorate of Epidemiology (DIGEPI), the National District is the area that registered the most infections with 246 new cases; in second place in the province of Santo Domingo with 118; Santiago 53 and La Vega appear with 48.

Meanwhile, the hospitalization of patients with Covid continues to rise, and the system registered 254 patients admitted to the ICU yesterday, two more than the previous day and 122 under assisted ventilation. Also, 862 patients occupied intermediate care beds due to the disease.

The ICU beds had 55% yesterday; intermediate care 34% and ventilation equipment 33%.

The total accumulated deaths in the country due to Covid in 2,376 patients, while the numbers of infections rise to 157,929, according to bulletin number 274 issued yesterday.

In the last 24 hours, 7,262 laboratory tests were processed for a total accumulated since the pandemic of 811,130 samples. The country’s mortality from Covid per million inhabitants is 227.40, and the fatality rate from the disease was 1.50 percent yesterday.

Some 122,406 people have managed to overcome the disease. Also, the active cases confirmed to date are 33,147.

More than 15 thousand under the age of 20
Some 572 health workers have tested positive for the disease to date. While the number of pregnant women affected is 294, and the disease has infected 15,529 people under 20 years of age.