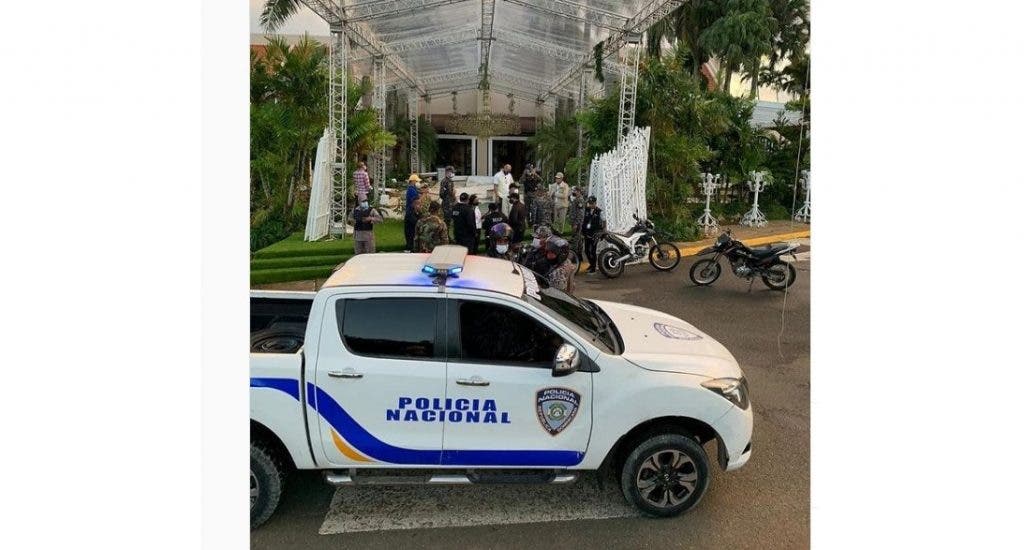 Santo Domingo.- About 200 people were arrested Sun. by the police and the Justice Ministry when they were caught at two separate weddings celebrated in the communities of Santiago and in the municipality of Moca (north).

The arrests come one day after police broke up and rounded up dozens of guests at a swank wedding in the exclusive Santo Domingo Country Club.

In videos and images posted on social networks, detainees with white chacabanas are seen in police vans of the so-called “paddy wagons.”

The arrests were made for violating sanitary measures to prevent COVID-19.

One of the suspended nuptials was the wedding of a daughter of insurance tycoon Jaime Bisonó, where 142 people were arrested.