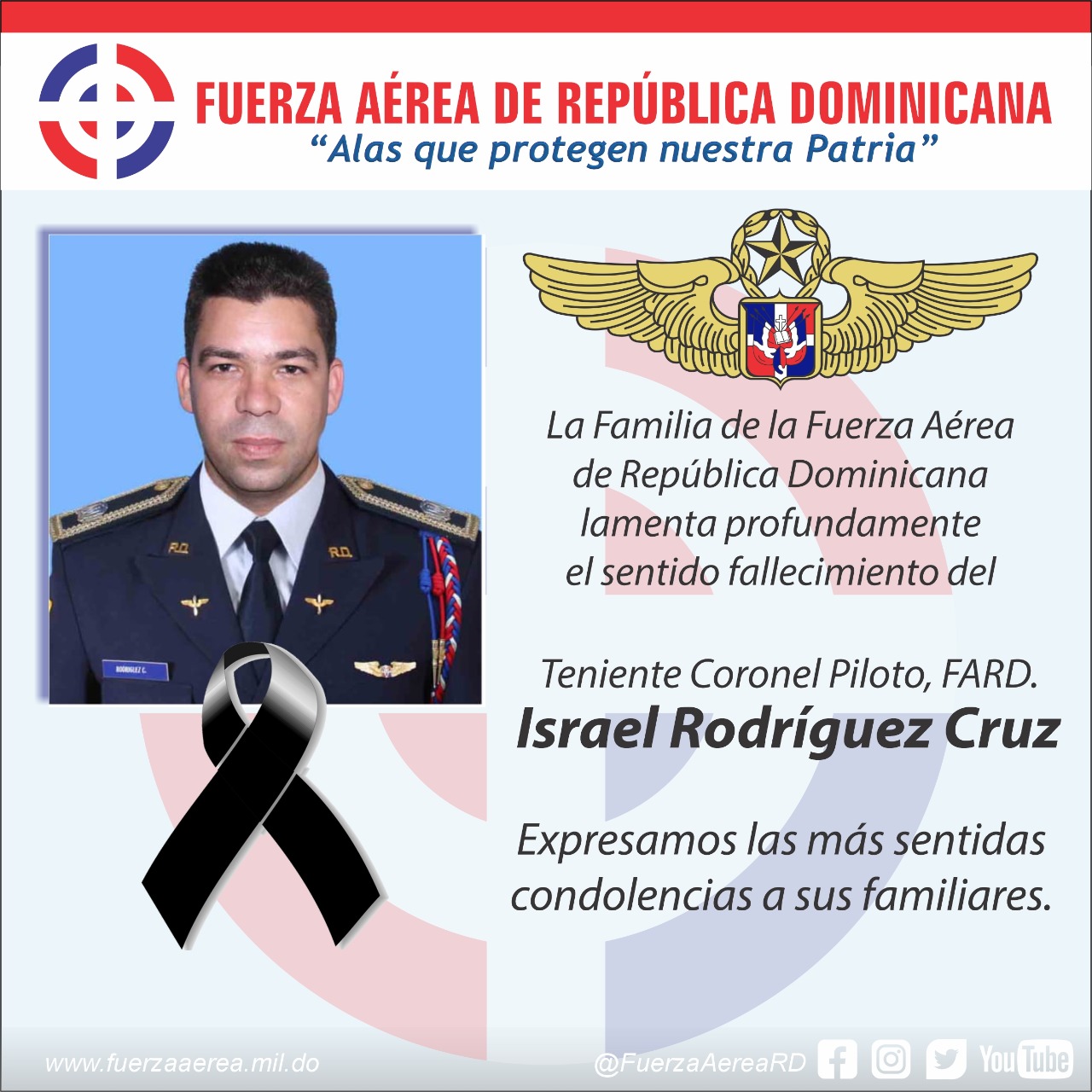 Family and friends of Lieutenant Colonel Ramon Israel Rodriguez Cruz of the Dominican Air Force (FARD) held a candle-lighting ceremony last night in the streets of the community of Boruco, in the municipal district of Guatapanal, in Valverde, to demand justice for the death of the high official.

The demonstration’s participants demanded that the authorities shed light on this act of bloody fatal violence that has enraged and saddened the entire community.

A sergeant and a corporal of the National Police are charged with the death of the lieutenant colonel. According to the initial report of the uniformed personnel, after a chase when they arrived at the house of the aunt of the military man, where he was visiting, they noticed that when he dismounted, he was carrying a firearm in his belt, for which the members of the police supposedly asked him for identification, “in case he was a military man or a police officer,” or that he would otherwise keep his hands up.

The report adds that when the agents made these requests to Ramón Israel Rodríguez Cruz, he responded: “Who are you to ask me to identify myself? I will identify myself now.”

The report goes on to say that the senior military officer opened his vehicle again and pulled out of the back seat a 5.56MM caliber M-16 A1 rifle, series 5488942, and members of the police told him to put that weapon away. Still, he did not obey and tampered with the rifle.

The corporal was then forced to fire several shots at him to neutralize him. According to the police report, the corporal claims to have recorded a video on his cell phone that proves his point about the military man’s actions.

However, family members reported that the killers shot the soldier without any words.

They assure that they took away his regulation weapon after the aggression, took a rifle from his vehicle, and did not allow first aid to be offered.

The case is being investigated by a mixed commission of police and military agents of the Dominican Air Force.