Citizens say they feel “at liberty” with a new weekend curfew 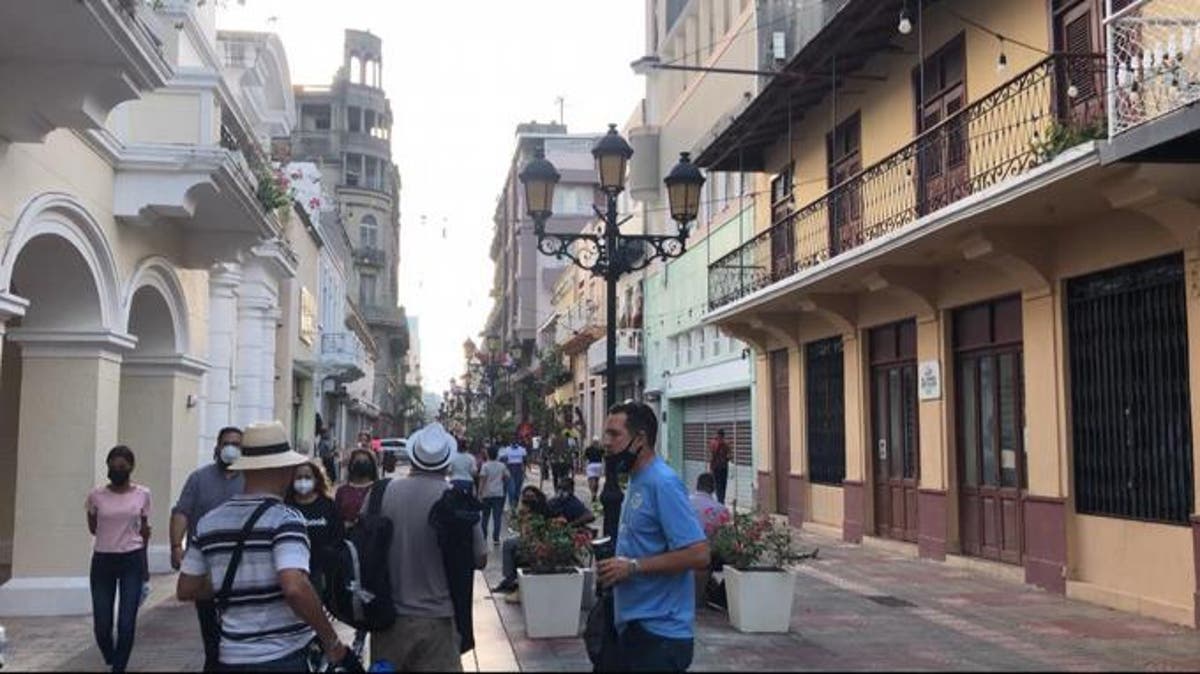 Citizens took advantage of the fact that this is the first weekend of the year in which they have the freedom to travel and, as they say, have fun.

With their flights, the Colonial Zone pigeons are announcing that this popular location has begun to receive people.

The citizens took advantage of the fact that this is the first weekend of the year in which they have the “freedom” to move around and, according to them, to have fun.

Eframín Méndez said that being locked up in the house has caused him anxiety problems for a long time.

“I had three months without going out, my friends told me to accompany them to the park, and I came, we are social beings, and being locked up for a long time can even cause psychological damage,” said Méndez.

Brandol de León, who lives in the Colonial Zone, said that the new curfew schedule favors everyone because the crowds appeared due to this. In contrast, the previous longer schedule had prevented everyone from meeting in the same place.

Esther Correa, who was having lunch with six girls, also valued the government’s positive measure.

“I came to spend time with my family, and I think this new schedule is excellent; we already had a year locked up,” said Miguelina del Pilar, another of the citizens who were in the Duarte Park in the Colonial Zone.

Frank was socializing in the Zone park; he assured that now he can do his errands in the morning and then connect with people he had not seen for a long time, maintaining the protocols and with many precautions.

The workers
The happiest sector with this flexibility is the informal working class since most of their income comes from the people who visit the Zone streets.

Ada Mariposita, a picturesque character who sets up on the corner before reaching the Catedral Primada de América, told the Listín Diario team that she is very grateful to the Government for listening to her, since this is her source of income.

“I live here from what I do in El Conde, and the previous schedule, at 12:00 noon, made a hole in the economy of each one of the artists who work here, and now with the schedule until five o’clock at least we can come to work from early until the afternoon,” expressed the actress.

Roberto Martínez, a tour guide who has been working in the Zone for more than 30 years, said that at least he gets bread for his family, but criticized the lack of masks even though the police remove those they see who do not have them.

“The people here don’t want to take care of themselves, they don’t wear masks and the police have to take them out of the park in exchange for the tourists walking around with their masks, with their clean hands,” said the guide.

The police
After 5:00 in the afternoon, the time established by the government for the closing of the establishments, hundreds of citizens were still walking in the Zone, while members of the National Police and of the Specialized Tourism Security Corps (Cestur) were asking them to please go home and the citizens were obeying with great reluctance.

The establishments were already closed at the established time. From what a team of this newspaper was able to observe, some of them had “for sale” signs in front of their facades, establishments that were full of consumers most of the time.