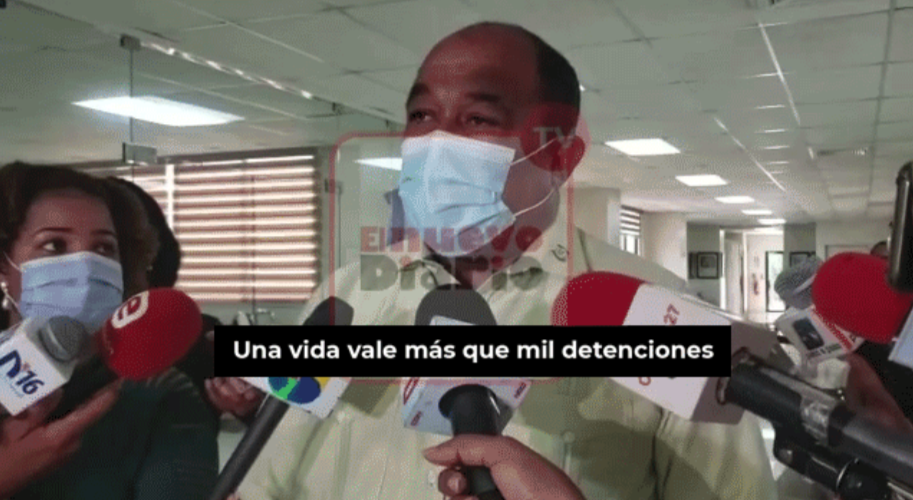 A life is worth more than a thousand arrests

SANTO DOMINGO.- The senator for the Montecristi province, Ramón Pimentel, asked this Thursday the President of the Republic, Luis Abinader, to replace the director of the National Police, Edward Sánchez, and the institution’s spokesperson. for the constant mistreatment and deaths that the agents carry out during the curfew hours.

The congressman referred in these terms to the murder of Francis Mercado in the town of Castañuelas, who was killed by police officers during the curfew for allegedly not stopping at the orders of the officers.

“That director and the spokesman of the Police must be replaced because it is not acceptable that last year their agents have beaten a person to death in Castañuelas, shot another young man in the province, had an altercation with the doctor in Santiago, another mishap with a doctor in Barahona. These are sufficient reasons to demonstrate that the police are acting incorrectly,” said Pimentel.

Likewise, the legislator assured that, with these deplorable actions, “the police are doing business” taking advantage of the measure imposed by the president to establish a curfew to mitigate the health consequences produced by the coronavirus.

In that sense, Pimentel implored the president, as “responsible for the protection of society,” to take the corresponding measures so that acts of violence between police officers and residents of different localities do not continue to occur.

Regarding the fact that directly affects the senator, he explained that Francis Mercado was walking through the streets of Castañuelas, in Montecristi, and did not stop at the orders of the police, who proceeded to shoot him, causing his death.

“That means that if you don’t stop, they will kill you and I understand that a life is worth more than a thousand arrests,” Pimentel complained.

For the senator, the attitude taken by the police spokesman “is a joke” because, as he argued, he did not offer a “reasonable” explanation for the fact and only supported his speech defending the agents because Mercado did not stop.