UPDATE: COE raises number of provinces under green and yellow alerts to 13 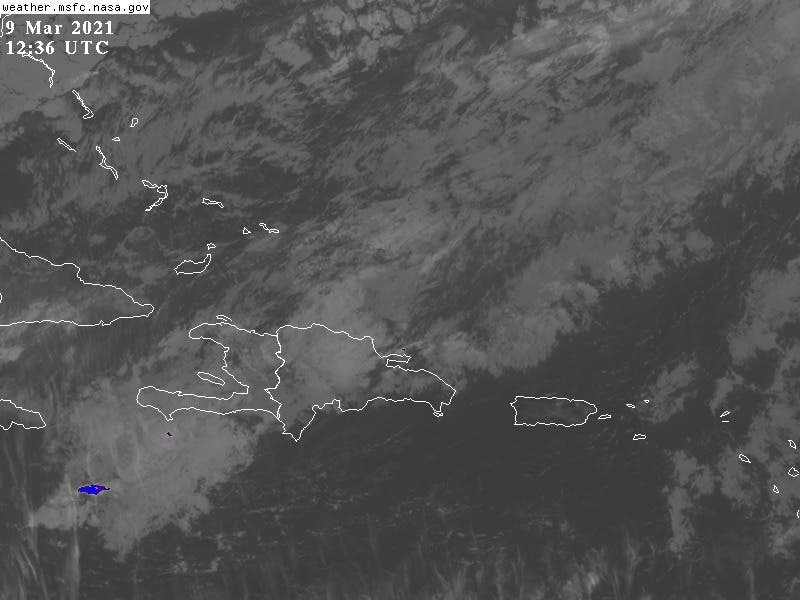 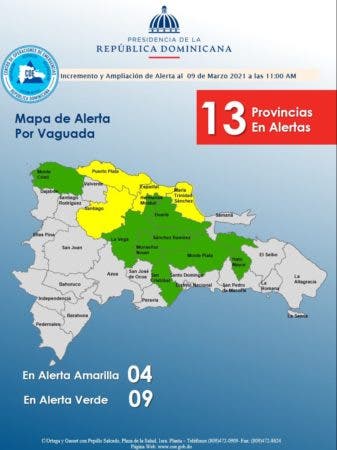 The Emergency Operations Center (COE) increased the number of provinces on green alert to 13 for possible flooding of rivers, streams, and creeks, as well as flash floods due to downpours with thunderstorms and wind gusts generated by a frontal system located over the northern part of the country. 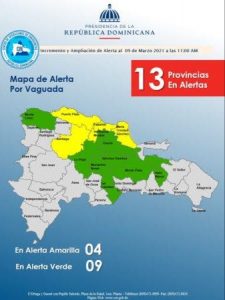 The National Meteorological Office forecasts that today that the permanence of a frontal system that continues to be located over the Dominican territory, maintains favorable conditions so that from the early hours of the morning will continue to produce clouds accompanied by weak downpours, which could be moderate to heavy at times with thunderstorms and gusty winds towards the localities of the regions: northwest, north, northeast, southwest, southeast, the Central Cordillera and the border area.

Temperatures will be pleasant to cool at night and in the early morning especially in the mountainous areas and the interior valleys.