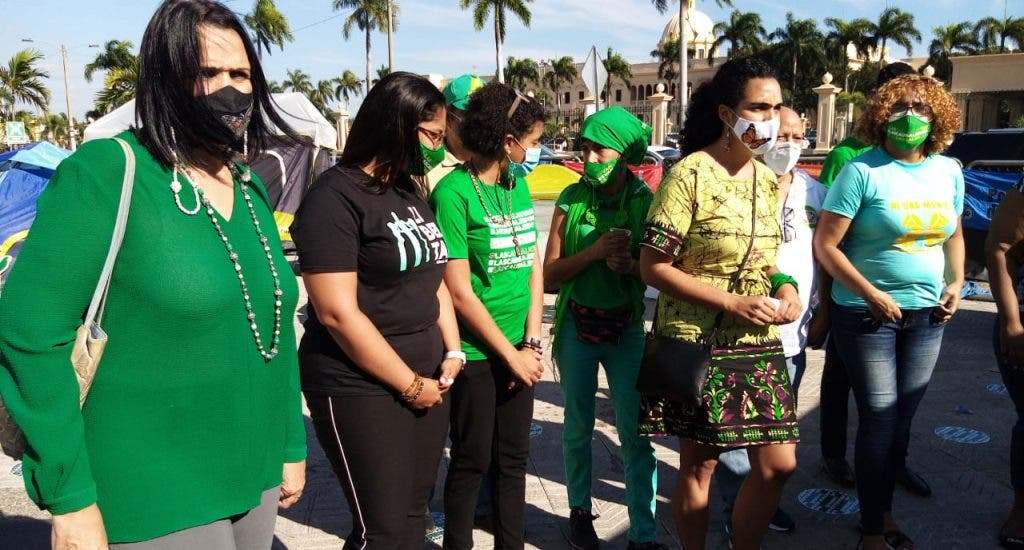 Santo Domingo.- The abortion issue drew together two opposing groups that demonstrated Monday at a short distance from each other, in the vicinity of the National Palace.

In fact some protesters promoted the three causes or exceptions to abortion, and others, on the other hand, chanted radical pro-life slogans.

The pro-abortion group, which a few days ago set up a camp near the Palace, once again demanded that the three causes be included in the Penal Code, and rejected the claims to establish them in a special law.

In addition, women leaders of the Alianza País Party, headed by Minou Tavarez Mirabal, expressed their support for the three exceptions and read a manifesto reaffirming their position.