Abinader warns that he will not exert pressure in the Villa Altagracia case; Hearing will be today 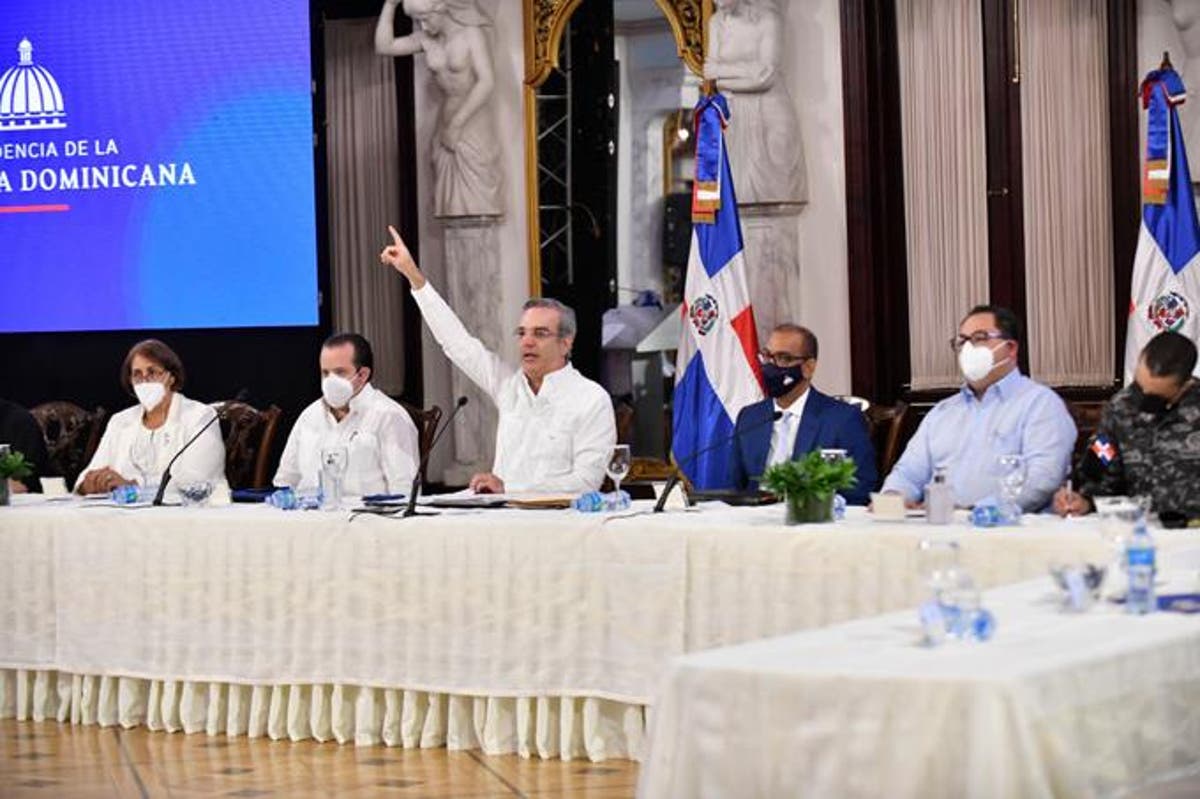 President Luis Abinader, along with other officials, held a meeting yesterday with the Villa Altagracia Neighborhood Councils. / JA MALDONADO.

The hearing was set for today in Villa Altagracia court after the Court of Appeals of San Cristobal rejected a challenge against judge Sudeldi Rosario Mena.

President Luis Abinader warned that he would not give any order nor will he exert pressure to conclude the murder of Elizabeth Muñoz and Joel Díaz in Villa Altagracia hands of police agents, nor in any other case. He reiterated his intention to have a justice system independent of the Executive Branch.

“In this government, what you can be sure of is that justice will not receive any order from the Executive Power, we want an independent and efficient justice, and whatever they need for that we support it,” he said after a meeting with neighborhood councils of Villa Altagracia.

The president said he felt “sorrow and pain” for the couple’s death and described the incident as shameful and unjustifiable.

Abinader urged the citizens to wait for the data offered by the Public Prosecutor’s Office’s investigation to have more information about the death of the couple.

Last Tuesday, the head of state expressed that “We received yesterday a report from the Police, which is a provisional report, and we are also waiting for the report from the Public Prosecutor’s Office.” He did not offer further details.

Hearing to be held today
The hearing to hear the coercive measure against the accused was set for today at 1:00 pm in the Permanent Attention Court of Villa Altagracia.

The disposition was adopted after the First Chamber of the Criminal Chamber of the Court of Appeals of San Cristobal rejected the challenge filed by the lawyer of one of the accused in the death of the evangelical married couple against the judge of the Instruction of Villa Altagracia, Sudeldi Rosario Mena. The Court, composed of Mateo Céspedes Martínez, the presiding judge, and members Newton Alexis Pérez Nin and Luis Domingo Sención Araujo, established that no evidence had been presented as to why the judge could not know the measure, nor that she was prejudiced in any way.

Case of dead youths
Elizabeth Muñoz and Joel Díaz, a newlywed couple, were shot by police officers while returning from a worship service in a community of Villa Altagracia, which caused great consternation in society. The agents alleged that they mistook the car.

The Villa Altagracia Prosecutor’s Office requested a coercive measure that the accused be given one year of preventive detention and that the case is declared complex.

The director of the Police, Edward Sanchez, affirmed that Muñoz and Diaz’s checkpoint was set up because of a report of a stolen pasola made at a police station in Bonao Monseñor Nouel.

The protocol.
Sanchez also said that the agents responsible violated PN protocols, as they fired without investigating who was inside the vehicle.