According to specialists, the aggressiveness of dogs depends on their upbringing. 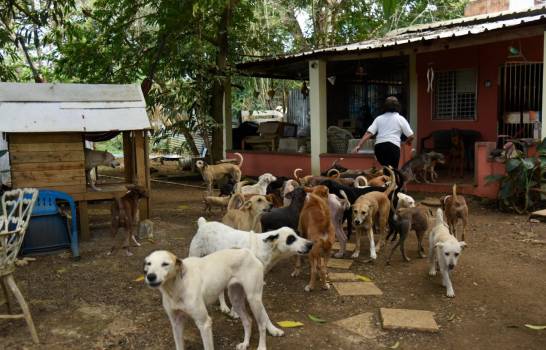 The Ecoportal Dominicano foundation welcomes dogs and cats from the streets.

The veterinarian Edwin Munir Díaz and the communication manager of Eco Portal Dominicano, Guillermina Selman, considered that the aggressiveness of a dog depends on the type of upbringing given by its owner and not simply on the breed to which it belongs.

The declarations of both experts were made in relation to the bill presented by Congresswoman Ana María Peña. The legislator assures that she seeks to regulate “the possession of dangerous dogs in the Dominican Republic.”

The veterinarian Edwin Munir Diaz, who owns the veterinary clinic Zoomascota, said that everything depends on their owners’ upbringing. Hence, he knows people who have the Pit Bull Terrier as a pet.

“If you have a breed in your house, it can be a Chihuahua or the noblest dog in the world, and if you train it to fight, you are going to have an aggressive breed of dog. I have clients that have the famous Pit Bull fighting dog that you see, and they are as cuddly as a stuffed animal, as they say, because they have raised them as pets,” he indicated.

He explained that the Chihuahua could be considered more aggressive, but an attack from such a dog is not the same as from a big and stronger one.

“There are more aggressive breeds than others, but that has nothing to do with aggression towards humans. What happens is that when dogs are strong, with a large and strong build and size and are hunting dogs, humans have damaged them and trained them to fight,” he said.

Meanwhile, Guillermina Selman, representative of Eco Portal Dominicano (animal protection organization), said that dogs’ aggressiveness would depend on the owner, so she understands that psychological analysis should be applied to those who intend to own these animals.

“The problem is that their (dogs) aggressiveness will depend on the owner. Some people have to undergo psychological analysis to see if they can have any dog. They should focus more on who is going to be the owner of the dog, which is what is going to determine the dog’s aggressiveness,” Selman noted.