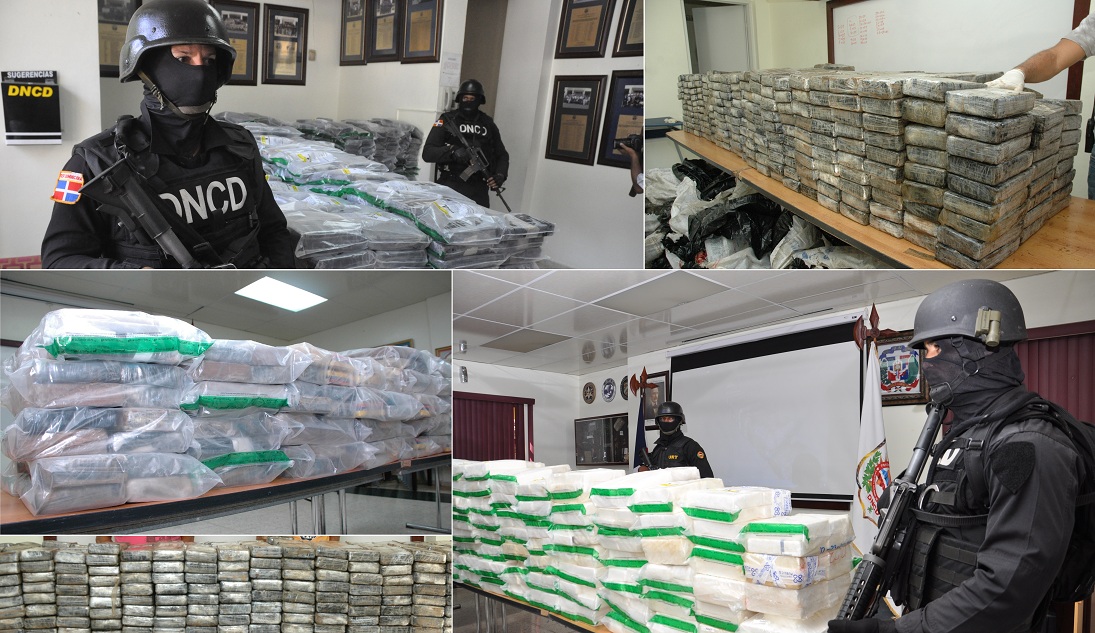 On average, the anti-narcotics agency seizes 1,789 kilos of the drug per month, thanks to the unprecedented support in the fight against drug trafficking, providing logistical support to the DNCD, said spokesman Carlos Devers.

“To this is also added the international coordination and cooperation that the DNCD receives from these allied organizations throughout the area that fight against drug trafficking.”

Devers added that the arrest of important leaders of drug trafficking networks has contributed to the increase in seizures, since the detainees help to expand the investigations thanks to their cooperation.