The US returns to warm its ties with Abinader 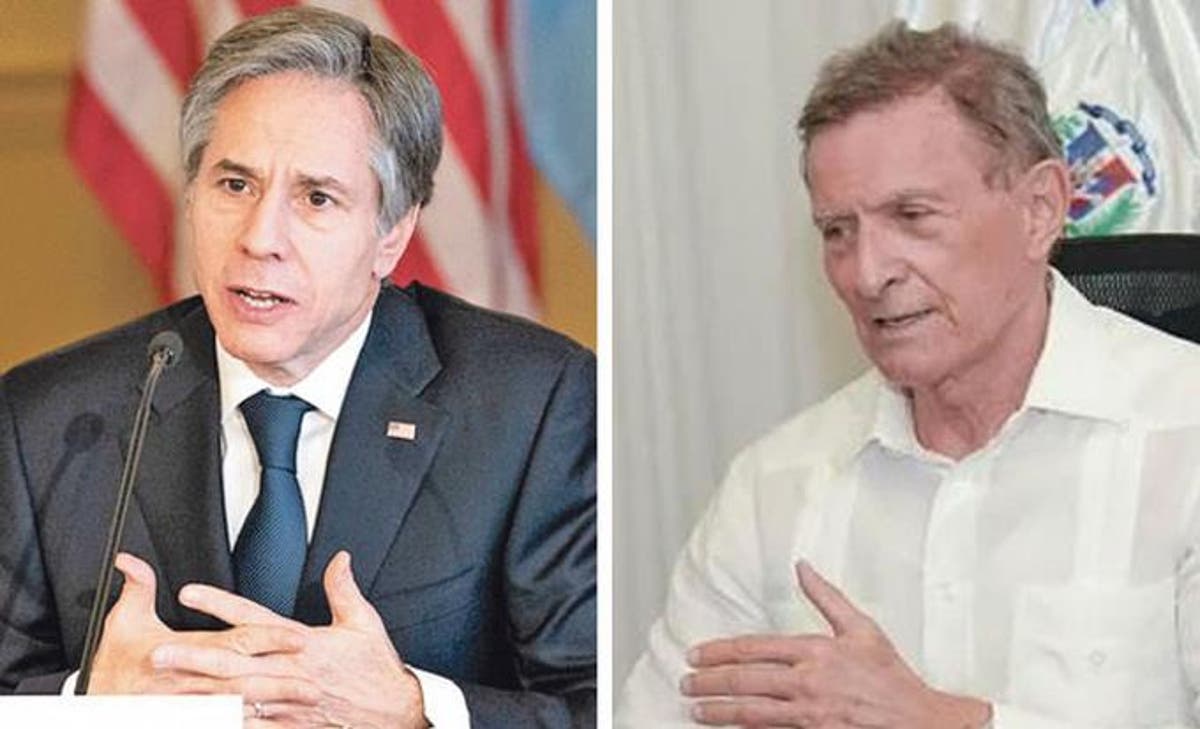 Chancellor talks with the US Secretary of State

The Minister of Foreign Affairs of the Dominican government, Roberto Alvarez, informed yesterday that he held a conversation with the Secretary of State of the United States, Antony Blinken, with whom he talked about the commercial exchange the two countries.

Another of the topics they talked about was the links between both countries, especially that of migrations.

“I had a fruitful conversation this morning with US Secretary of State, Antony Blinken, about the significant ties that unite us, especially because of our diasporas, the important commercial exchange that places the DR as the sixth partner in the Americas,” Alvarez informed.

Great collaboration
He said they spoke of the vital collaboration in the fight against corruption and drug trafficking and the importance of transparency in governance.

“As well as the promotion of democracy and the effective protection of human rights in both countries and in the region,” he wrote on his account on the social network Twitter.

In the conversation about collaboration in the fight against Covid-19 through the distribution of vaccines and the expansion of international travel criteria, we emphasize the integration of indicators such as levels of lethality and vaccination.

“We emphasize with @SecBlinken the importance of collaboration in the fight against COVID-19, in particular the distribution of vaccines and suggest the expansion of the criteria on which the travel alert is based to include other indicators such as levels of vaccination and lethality,” reads the tweet posted yesterday by the Minister of Foreign Affairs of the government of Luis Abinader.

The United States is very active.
The exchange came a day after the United States and the Dominican Republic signed Amendment 4 to the April 11, 2013 letter of agreement on narcotics control and law enforcement implemented by both countries.