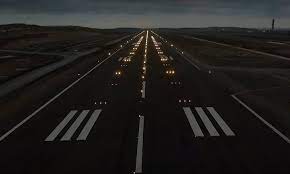 Santo Domingo.- At least two people are detained under investigation, and about 20 have been questioned in relation to the cut wires on the runway at Las Américas International Airport (AILA), which caused a blackout in the lighting system.

However, the military commission in charge of the investigation into the case has not revealed the identities of the detainees.

The investigations are carried out by officials of the National Investigations Department (DNI) of the Specialized Corps of Airport Security and Civil Aviation and other agencies.

In addition, officials from the Central Directorate of Criminal Investigations (Dicrim) and representatives of the Justice Ministry and of the Defense Ministry also participate.

In relation to the incident, civilian and military employees who were working near the place where the incident took place that Sunday, May 23, have already been questioned.

At least 15 flights, some of which were flying over the airport area, and others within a short distance to land, were affected.