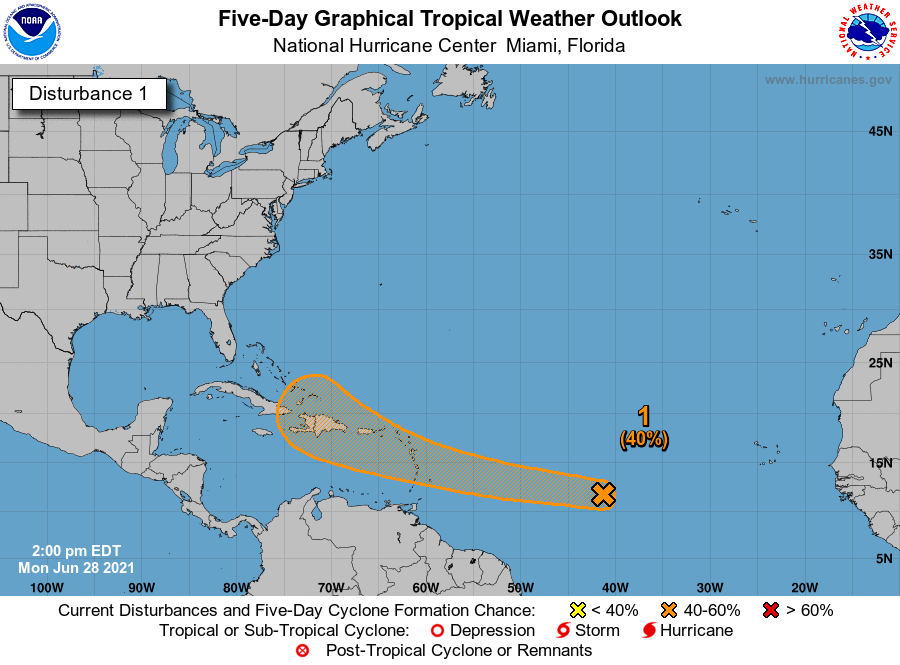 Likely to hit the Lesser Antilles on Wednesday night

In Miami, Florida, the National Hurricane Center reported this Sunday that a low-pressure system associated with a tropical wave would produce downpours and thunderstorms over the eastern tropical Atlantic Ocean.

The agency reported that the atmospheric phenomenon is slowly developing until the end of the week. The system races towards the west-northwest at about 20 mph, probably reaching the Lesser Antilles on Wednesday night.

According to the map published on its website, the phenomenon shows a trajectory towards the Lesser Antilles, Puerto Rico, the Dominican Republic, and Cuba.