Hurricane Elsa is coming on strong 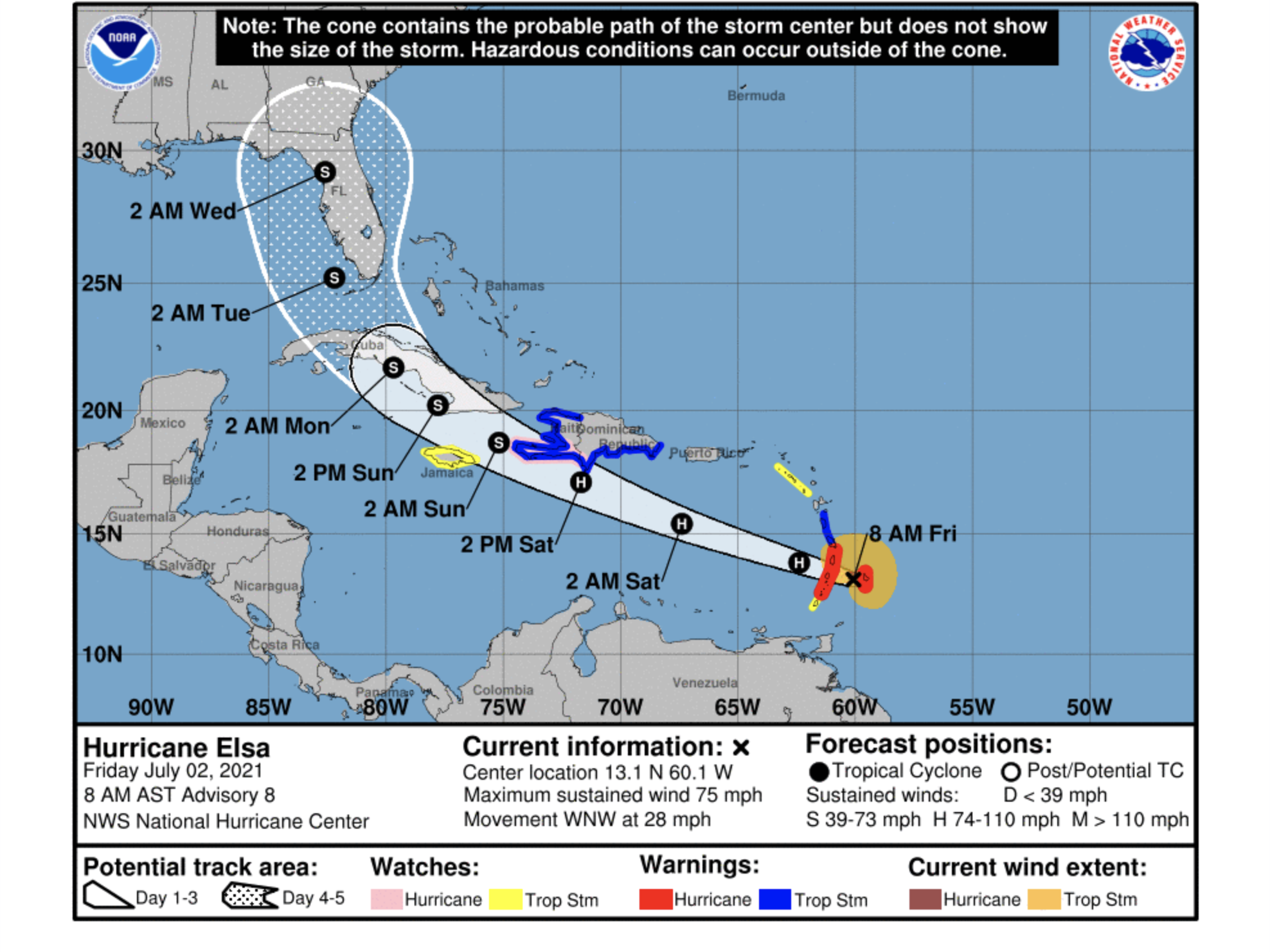 The five leaders who faced Hurricanes during their first year in office were Rafael Leonidas Trujillo, Joaquín Balaguer, Leonel Fernández, Hipólito Mejía and Danilo Medina. This Saturday, the country awaits the arrival of Hurricane Elsa, just on the way to the first year of the government of President Luis Abinader. EXTERNAL SOURCE

Since 1930, five presidents had to face the presence and effects during their first year of administration.

And given the predicted possibility that Hurricane Elsa will arrive in Dominican territory on Saturday (today), Luis Abinader could become the fifth president who has had to deal with this natural phenomenon during his first year in office.

The previous leaders who have faced the calamities of a hurricane were Rafael Leonidas Trujillo, Joaquín Balaguer, Leonel Fernández, Hipólito Mejía and Danilo Medina. Chronologically, Trujillo was the first to face a hurricane during his first year in office.

The tyrant assumed power on May 24, 1930, and four months later, on September 3, Hurricane San Zenón devastated the country. The phenomenon took about 2,000 human lives. It was a very destructive hurricane, with a maximum category. The eye passed over the capital, which then had at least 70,000 inhabitants.

After the disaster faced by Trujillo, Dr. Balaguer assumed the presidency on July 1, 1966, and Inés was formed on September 29 of that year.

According to journalistic records, Inés was category four, with maximum winds of 240 kilometers per hour (150 mph).

It entered the southern coast on September 29, leaving about 70 deaths and losses of 10 million dollars in its wake.

The limited communications caused this tropical cyclone to take the inhabitants of Paraíso, Ojeda, Los Pastos, Enriquillo, Juancho, La Colonia, Oviedo, and the common head of the province, Pedernales, almost by surprise. Balaguer, who had been sworn in as President of the Republic for just three months, moved to the scene amid the tragedy. Two days later, helicopters from the 82nd Airborne Division of the 1965 occupation troops arrived to help the victims.

Thirty years later, in 1996, specifically on August 16, Leonel Fernández was elected for his first term, and less than a month later, the Hurricane Hortense brushed the eastern coast of the country and headed north.

When impacting Dominican territory, the hurricane hit the National District and the Eastern region significantly. According to records of the time, Hortense had winds of 130 kilometers per hour and caused the death of at least three people.

Hipólito Mejía was the next president to assume the presidency and to face a hurricane. On August 23, 2000, a few days after being sworn in, Debby touched the island’s north coast and later moved parallel to the shores of Luperón and Isabela.

Hurricane Debby, listed as Category 1, had maximum winds of 140 kilometers per hour (88 mph).

In 2012, five days after Danilo Medina assumed the Republic’s presidency, Hurricane Isaac was placed on the Dominican coast.

Isaac was a Category 1 hurricane, with maximum winds of 130 kilometers per hour, which caused the evacuation of almost 7,800 people in the low-lying areas in the country, and at least ten rural settlements were cut off due to the floods.

Also, according to journalistic records, much of the Dominican capital was without power during the height of the storm.

Despite the impact of Hurricane Isaac, there were no fatalities; 49 homes were destroyed across the country, damaging agriculture and communications.

With the hypothetical arrival of Hurricane Elsa, Abinader could face a hurricane before completing his first year in office, still with the country affected by the COVID-19 pandemic.

Government draws up plans.
On the eve of the arrival of Elsa, the first hurricane of the cyclonic season, the Government met yesterday with relief agencies and representatives of climate entities to discuss the measures to be implemented in the coming days.

During the meeting, President Abinader discussed with representatives of the Emergency Operations Center (COE) the logistics to face possible eventualities that the passage of Elsa may create through the country.