Pressure increases on Haitian side: lack of food after border closure 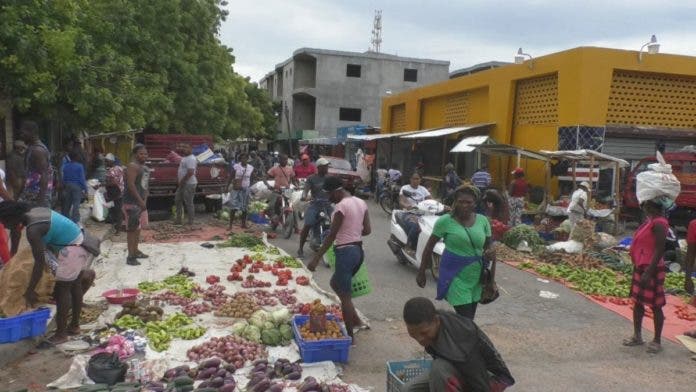 Haitians and Dominicans involved in the lack of food in the neighboring nation and lack of money, improvised a market for agricultural products in the streets and avenues of this municipality. (Julio Gómez). 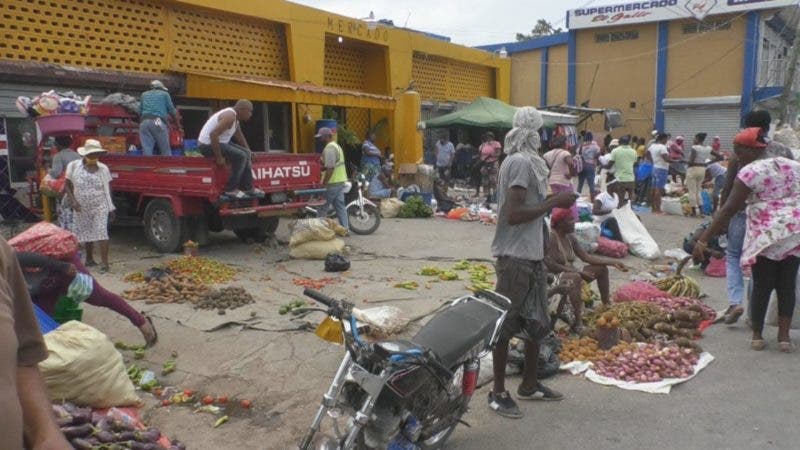 Thousands of Haitian residents of the Tihote villages exert pressure due to the lack of food because of the closing of the border. Meanwhile, amid chaos, uncertainty, and fear, they improvise an exchange market in the heart of this population.

Haitians and Dominicans involved in the lack of food in the neighboring nation and lack of circulation improvised a market of agricultural products in the streets and avenues of this municipality.

However, faced with the closing of the border, Dominicans and Haitians agree, although they understand that facilities must be provided so that the people do not die of hunger. 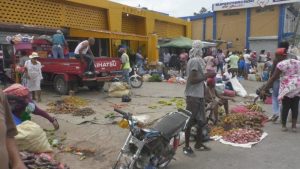 They are calling on the Government to prevent the borderline from being overflowed by hungry Haitians, while the members of the Cesfront cannot stand the pressure.

Meanwhile, hundreds of Haitians returning to their country face the sad reality that the Immigration authorities do not allow them to leave the Dominican Republic for their country, alleging that the border is closed.

Faced with the chaos generated by the situation, there are confrontations between civilians and authorities trying to be flexible in the face of the situation that Haitians live in after the assassination of their president Jovenel Moise.

The truth is that Haitians cannot stand the lack of ice, flour, beans, bread, oil, groceries, rice, salt, and other hospital services—drinking water, among others.