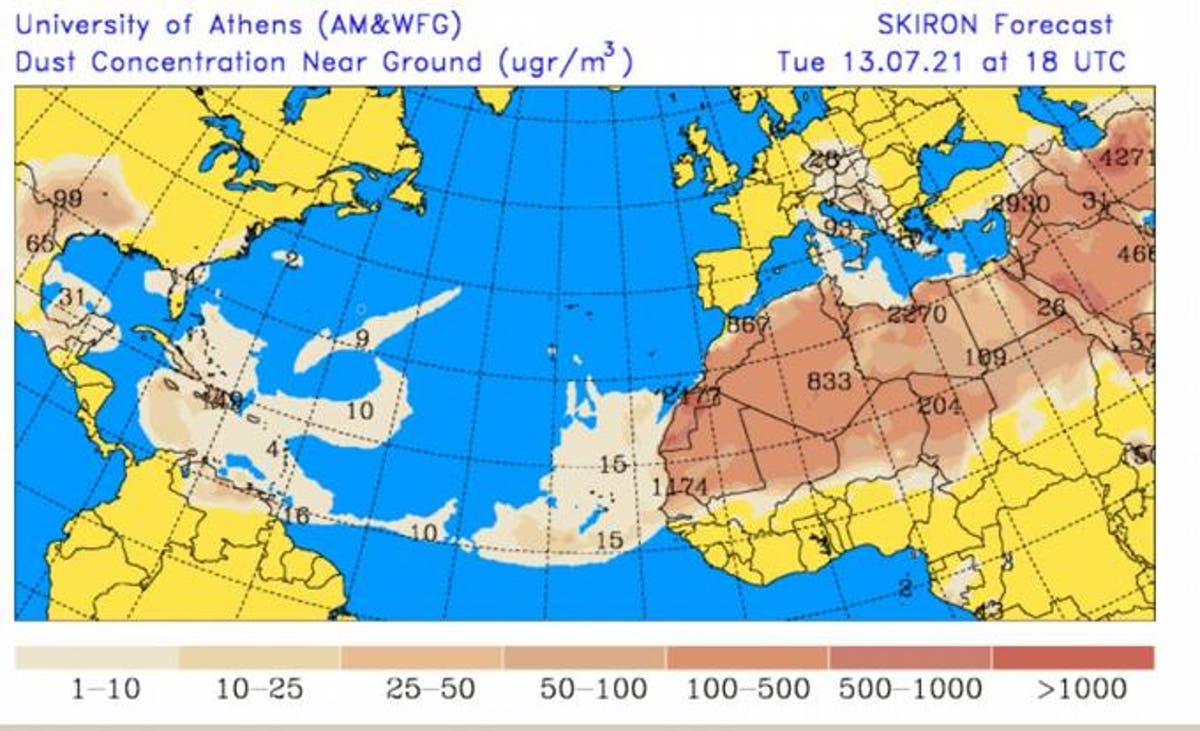 12 provinces remain on alert against floods

The National Meteorological Office (Onamet) foresees a decrease in rainfall, compared to the previous days, due to the incidence of high concentrations of dust particles from the Sahara; consequently, there will be an environment of little rainfall, opaque sky, and very high temperatures. Hot in much of the country.

However, the east/northeast wind will sometimes transport cloudy fields to isolated points of the southeast region (including Greater Santo Domingo), Central Mountain Range, and the border area, generating local downpours, thunderstorms, and possible gusts of wind, especially in the afternoon.

Due to the precipitations that have occurred, the Onamet keeps alert in 12 provinces to possible sudden floods of streams, rivers, and ravines and possible landslides and floods in urban areas.

For tomorrow Wednesday, a more humid and unstable meteorological pattern is expected from the early hours of the morning due to the influence of a trough at different levels of the troposphere in the northeast of the country, which will combine with local effects to cause overcast with downpours, which may be moderate to strong in some points, thunderstorms and wind gusts over the northeast, southeast (including Greater Santo Domingo), southwest, Cordillera Central and the border area, being more frequent in the afternoon.

To face the high temperatures.

Onamet recommends hydrating well, wearing light-colored light clothing, not being exposed to the sun for long periods without protection, and taking care of children and older adults who are more susceptible.

The sky will be partly cloudy at times, with some local downpours and thunderstorms in the afternoon.