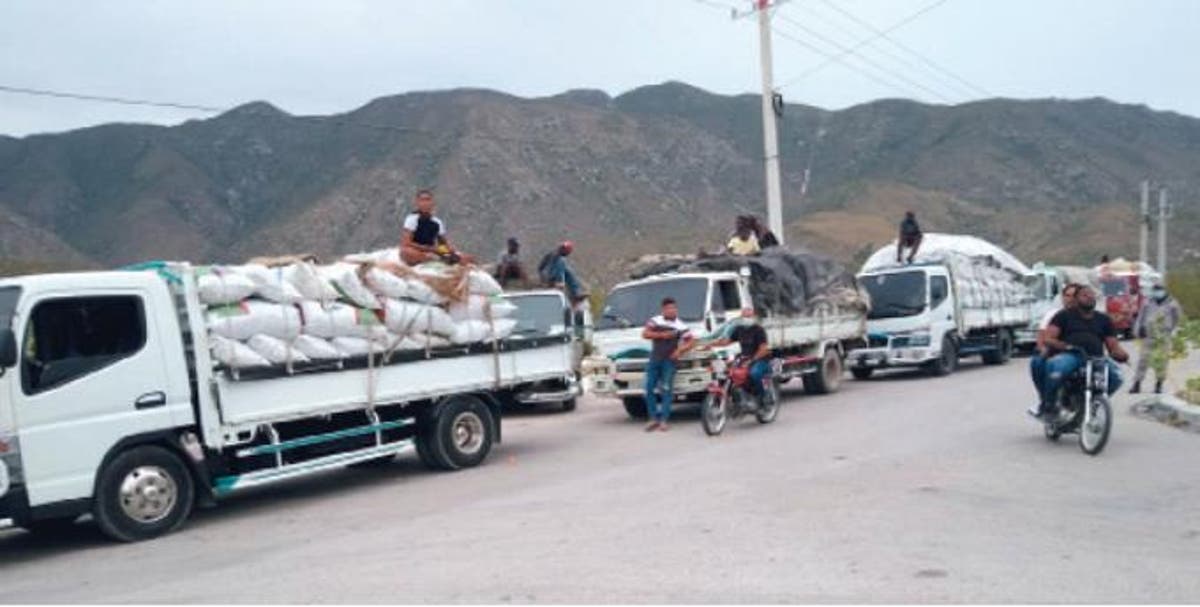 With the opening of the border crossing to bring goods to Haiti, the danger of shortages and probable migratory waves is averted.

Yesterday, the government ordered the resumption of merchandise exports to Haiti to prevent the shortage from generating greater instability and migration to Dominican territory.

A press release from the Presidency of the Republic states that the National Security and National Defense Council decided to allow for humanitarian reasons the restart of exports to Haiti.

“The decision seeks to maintain the supply of the Haitian commercial system at the levels required to reduce the possibility of a general shortage that would produce social instability and migratory flows,” the statement adds.

By decision of the National Security and Defense Council last Wednesday, the government ordered the immediate closure of the border with Haiti.

With the opening, the government says it seeks to preserve national security and maintain preventive control of the possible increase in irregular migratory flows as a result of the political and social instability produced by the assassination of President Jovenel Moïse.

“The sustainability of security depends very much on the normalization of commercial exchange between the two countries. In addition, Haitian citizens need Dominican agricultural and agro-industrial products to supply their food needs,” the document states.

It specifies that the total border closure prevents the Haitian commercial system from having the necessary supply to meet the demand. The communiqué explains that the presence of small groups of Haitian citizens who approach the banks of the Massacre River to try to buy products in Dominican territory could increase when the existing inventory is exhausted.

It estimates that implementing this measure of commercial character will contribute to maintaining the peaceful coexistence in the border zone.

Business people favor
Dominican businessmen and exporters had called yesterday to reopen the border to guarantee the food supply of the Haitian people. Still, they emphasize that it is vital to ensure the safety of traders.

The executive vice-president of the Dominican Exporters Association (Adoexpo), Odile Miniño Bogaert, considered that given the political, social and economic crisis that Haiti is going through, it is fundamental to supply food to its inhabitants but to safeguard the security of all.

The executive vice-president of the Association of Industries of the Dominican Republic (AIRD), Circe Almánzar, agreed with her, who understands that it is necessary to avoid famine in Haiti, one of the poorest countries in the world.

“The security of Dominicans must be guaranteed, especially in the provinces near the border. The commercial exchange must be reestablished in a safe way, without affecting our citizens or our companies,” said Almánzar.

Among the food products exported to Haiti are wheat flour, cookies, ketchup, prepared mustard, soy sauce, oil, among a great diversity of products.